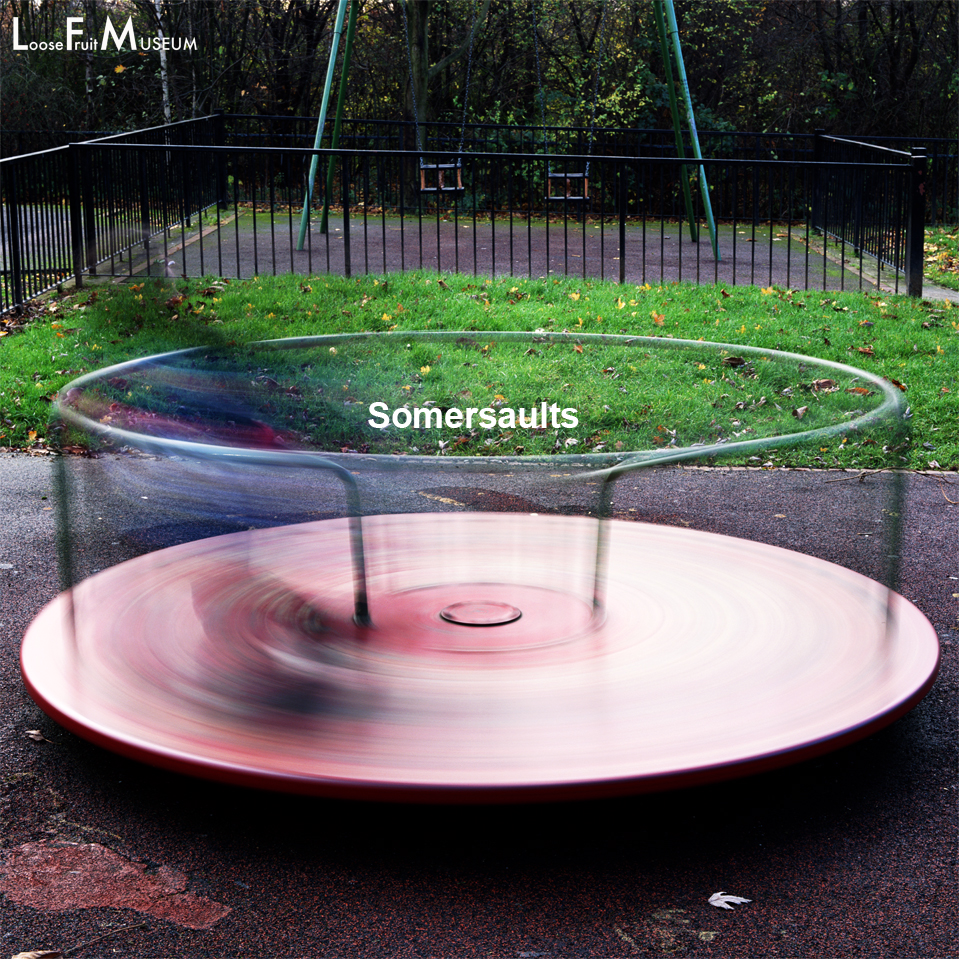 Expansive alt-rock quintet LFM have unveiled their stylish new video – directed by Pink Floyd collaborator Benny Trickett – for ‘Somersaults’, a whip-smart melodic belter that forms half of the band’s double-A-sided single to be released on Ciao Ketchup Recordings on 9th March.

‘Somersaults’ also appears on the band’s new album ‘In The Room’, which will be released on Ciao Ketchup Recordings on 23 March.

‘Somersaults’ is a high-velocity outpouring of strident new wave, driven by a dirty jangle of plucked guitar atop buoyant ska-punk rhythms. Vocalist Conal is on fierce form, conducting the song – about how gangland badmen all inevitably fall on their sword – through its contagious, passionate hook (“Damn It All, But He Got This Rage”) and on to an explosive middle eight that finds the band leaving no note unscorched. The video, directed by Benny Trickett, who was the assistant director and editor on Pink Floyd’s recent ‘Louder Than Words’ promo, captures LFM in all their raw, rock’n’roll superstar glory.

Through the magnesium glare of the London night come LFM, AKA Loose Fruit Museum, a London-based five-piece whose red-blooded rock is born of myriad guitar-wielding influences from both sides of the pond. Blending the Southern-fried electric soul of the Black Crowes with the melodic post-grunge of the Foo Fighters and the attitude of The Jam, LFM pitch up somewhere between Kings Of Leon and the Manics, turning their hand as easily to earthy garage as to widescreen power-emo. Through tough and poignant vocals, riotous beats, propulsive dual guitars and a prominent organ (and we’re not referring to the drummer’s former career in porn movies), LFM, comprising Conal (voice and guitar), Ali (guitar), Phil (keys), Ev (bass) and Tony (drums), have crafted their own vigorous sonic shtick. And, encapsulating the adventurism that courses through this band, frontman Conal once sailed across the Atlantic; given the universal scope of LFM’s roisterous melodies, it’s only a matter of time before he’ll be travelling by private jet.