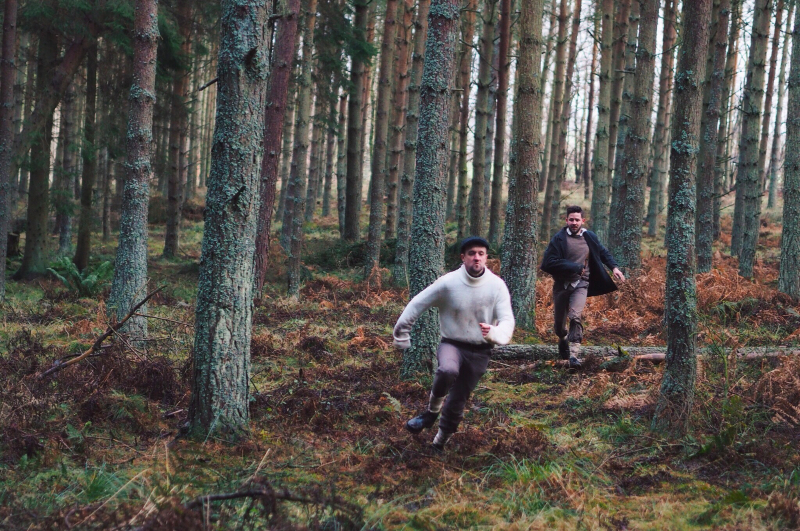 Gordo Francis and Greg Hooper are The Lost Art – a unique duo from Oxford with an open mind to creativity.  Dynamically arranging an eclectic music taste with a leaning towards progressively styled writing, the pair are unafraid to experiment in the creation of their refreshing sound. Using a mix of instruments, and with influences ranging from folk, indie, electro, rock, classical and jazz, they truly are re-discovering the lost art of making music.

Their debut self-titled album was released on 12th December 2014, to the delight of listeners and reviewers alike.  The Lost Art are now poised to follow on with a hugely successful 2015 – with dates in the book, and a new video promoting the first single from the record, titled ‘Equals’.

Produced by former Abbey Road engineer Pete Hutchings, ‘Equals’ is the first of eight tracks that made the album, taken from a vast catalogue of songs written by the duo since 2013. Gordo Francis, on the record:

“After starting out playing covers anywhere that would take us, we decided to write our own material – and the resulting experimentation left us with tons of songs to choose from!  I believe this record best represents us today, and because of the process we have an album we can be proud of”

The Lost Art are also happy to announce a set of dates across the UK to accompany the single release, including support spots for Lotte Mullan.

Karsh Kale Collaborates on WANDERLUST Lineup, To Perform at Festivals Across North America