FIRE IN THE RADIO ANNOUNCE CANADIAN DATES WITH KNAPSACK; PERFORMANCE AT POUZZA FEST “TELEMETRY” OUT MAY 12 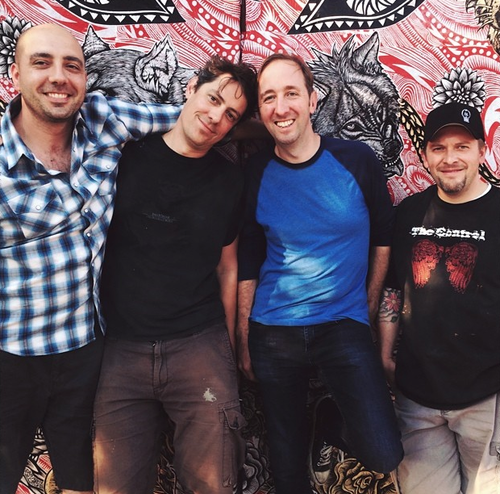 On May 12, 2015, Philadelphia’s Fire in the Radio will release its new record entitled “Telemetry.” In support of the record, the band has just announced a pair of Canadian tour dates supporting Knapsack. This will include a performance at this year’s annual Pouzza Fest in Montreal. The dates are as follows:

Work on “Telemetry”, which contains eleven tracks, started last year when Fire in the Radio spent time at Inner Ear studios in Washington, DC, with engineer Don Zientara (Fugazi) doing a series of demos. The demos turned into the foundation for a full-length record that was recorded in the summer of 2014 at Miner Street Studios in Philadelphia (The Menzingers, Restorations) with producer Thom Flowers (Lagwagon) and engineer Matt Schimelfenig (Cayetana). The record was mixed by Jesse Gander (Japandroids) at Rain City Recorders in Vancouver, and mastered by Alan Douches in New York. The band, who derives their name from the Charles Bukowski poem “Regard Me,” has a unique sound that has been appropriately described as an amalgamation of Jawbreaker, Tigers Jaw, Weezer and Title Fight.

A film trailer detailing the recording of the record at Miner Street was shot by Brandon Dexter. The “Telemetry” video trailer can be viewed here.

LEECHES UNVEIL NEW SINGLE ‘MAN UP’ OUT VIA LEISURE RECORDS