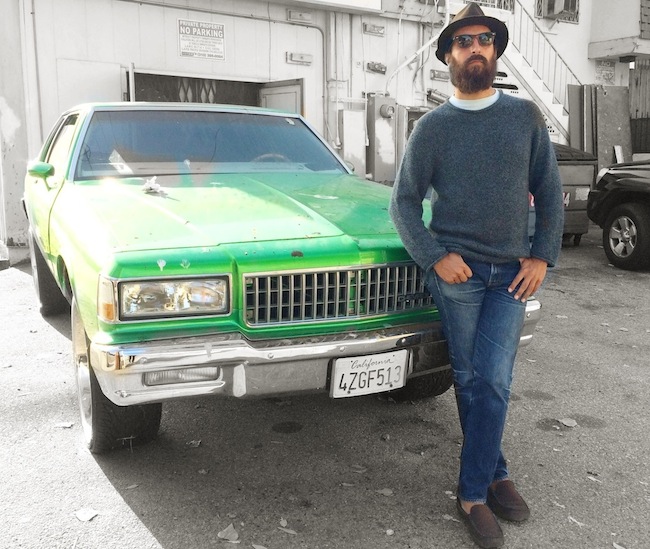 In anticipation of the release of his forthcoming debut album, Black Yaya has shared new track ‘Vigilante’ from the record. The LP ‘Black Yaya’ is set for release on March 2nd via City Slang & the singer/songwriter has also just announced a string of UK tour dates for this April, including a London show at The Lexington on April 9th.

Also known as a member of Herman Dune, Black Yaya is the solo moniker of David Ivar. This project allowed Ivar to step out by himself & go return to the DIY ethic of making music that made him fall in love with it in the first place. New track ‘Vigilante’ is an energetic piece of harmonica-laden folk sounds, offering a little glimpse of what to expect from the upcoming album.

For Black Yaya, David Ivar wanted to go back to recording everything himself, far from the recording facilities he had got used to with Herman Dune. He wanted to feel like he had when he was using four track tape recorders in High School, free to try anything with no pressure in terms of time spent working, or cost. His heroes were Chuck Berry, Bob Dylan and John Lennon he admired them with all his heart, they were singers, writers and guitar players, and that was all he cared for… He felt they were the highest point of creativity, and that he’d better aim to the top, if one day he wanted to reach high, or at least to raise the level a little bit.

The forthcoming, eponymous self-titled record is the only official collection of Black Yaya songs known to date and will be available on March 2nd via City Slang. The initial limited vinyl edition will come with a bonus 7“ including 3 unreleased songs.

Regional Justice Center Announce “Institution” EP Due Out 08/16 on Triple B Records – Share New Song “It Only Gets Worse” – Announce Full U.S. Tour