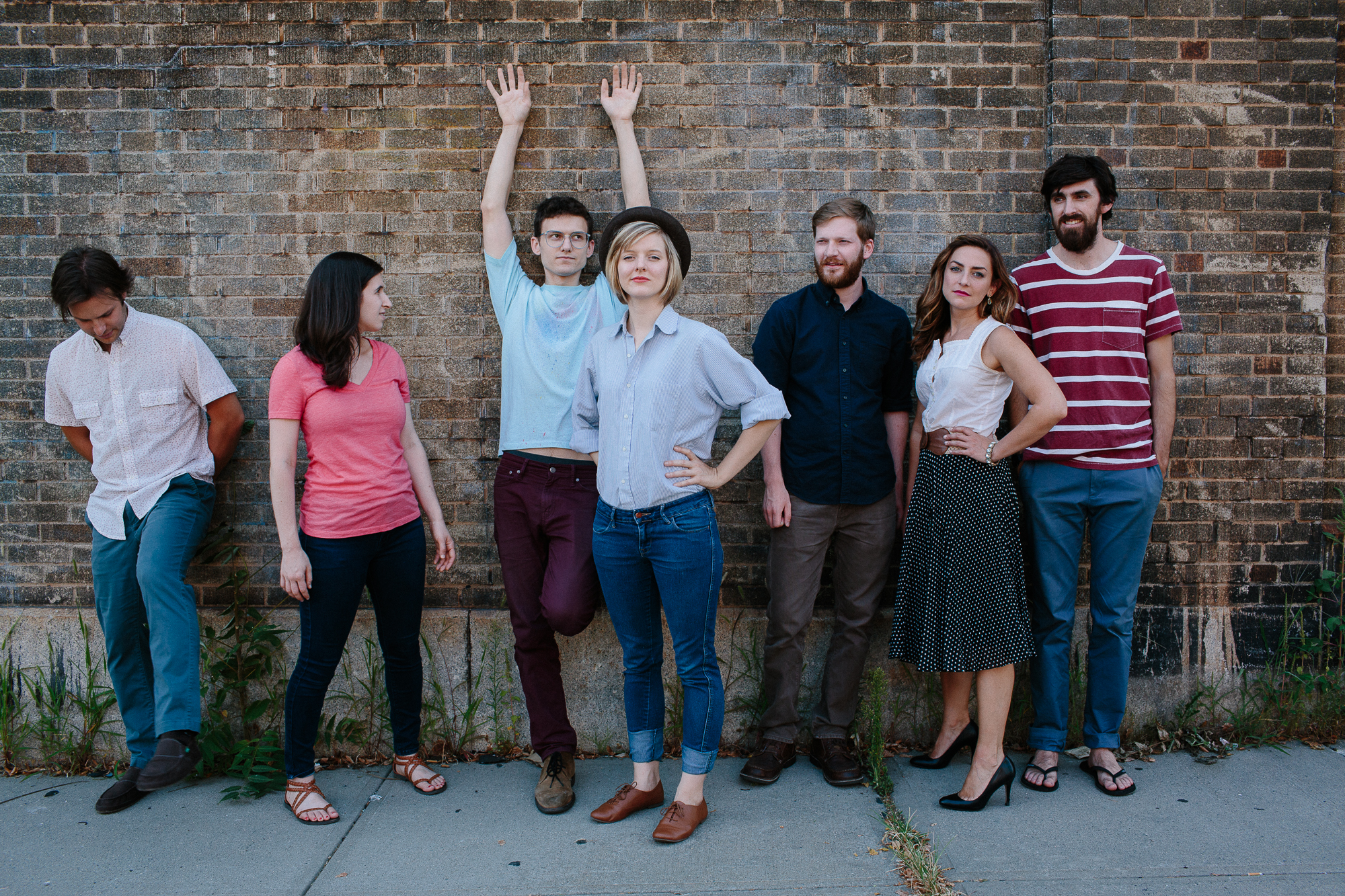 all boy/all girl are sharing their dazzling new EP, “Trophy” via GoldFlakePaint, one week ahead of the album’s official release date. Arriving on March 3rd courtesy of Grind Select (Moon Bounce), Trophy finds the Brooklyn band – Danielle Lovier (vocals/ukulele), Jessie Rogowski (vocals/guitar), Joshua Curry (guitars), Hannah Levinson (viola), Richard Vaudrey (cello), Nicholas Rahn (bass), Joey Campanella (drums) – exploring new sonic territories and texture combining pop, avant-garde jazz, indie rock, and a knack for the theatrical. GoldFlakePaint noted the album’s “exuberantly extravagant” opening track while the EP expands and “melds their blueprint with a hushed sense of intimacy and moments of gorgeous restraint”. The indie taste-making website added, “the band take a further leap out in to the unknown, further in to an unparalleled surroundings where they continue to flourish”.

The EP stream comes hot on the heels of the album’s first two singles “Not It” and “Glitters” which recently premiered on Consequence of Sound and Portals respectively.

Named after an Arthur Russell song, there’s something undeniably special about all boy/all girl from the very first moment you listen to “Glitters”. A song unaware of genre restrictions, the Brooklyn septet play by their own rules, making enormous chamber pop with influences from avant-garde jazz, indie rock, experimental pop, and gorgeous folk charm. Well known for the explosive live performances, the band have captured their Americana steeped mayhem and pop splendor perfectly to tape. Pushing ahead with the unconventional, all boy/all girl and Grind Select are set to release the Trophy EP digitally on March 3rd and via a limited amount of actual trophies with download codes. Purchase of a trophy includes access to “an interactive experience with bonus content” that shouldn’t be missed.

STREAM ALL BOY/ALL GIRL’S “TROPHY” EP VIA GOLDFLAKEPAINT:
http://www.goldflakepaint.co.uk/premiere-all-boy-all-girls-trophy-ep/
In the fall of 2010 in Philadelphia, singer/ukulelist, Danielle Lovier, began playing pop songs and jazz standards at Rittenhouse Square Park. Modestly posed behind her open ukulele case, her exuberant emotional performances and unique vocal tone drew huge crowds of spectators. Upon first hearing her set, double bassist, Nicholas Rahn, approached her about accompanying her performance. It was a seemingly strange match: Danielle, a musical theatre major with a hardcore/punk background; Nicholas, an unassuming music student with an affinity for more experimental music. They gelled instantly. The duo spent the next 18 months playing together, busking around Philadelphia, as well as touring through 35 states and in Canada.

On March 3rd, 2015, all boy/all girl will unveil their latest efforts, a new EP titled Trophy. Mixed by experimental rock/noise purveyors, Machines With Magnets, the new material is simultaneously spacious and intricate; both thoughtful, and forthright in its execution. Touching on themes of delusion and self worth, Trophy does not shy away from sarcasm or tongue in cheek lyricism to get its message across. Lead single “Glitters” is the most electric the band has ever sounded, Danielle’s vocals shifting from delicate purrs to possessed rasps and shrieks over tense strings and driving drum fills. It’s clear that the band has entered a new place musically, one where glitter is feeling, and golden is all.