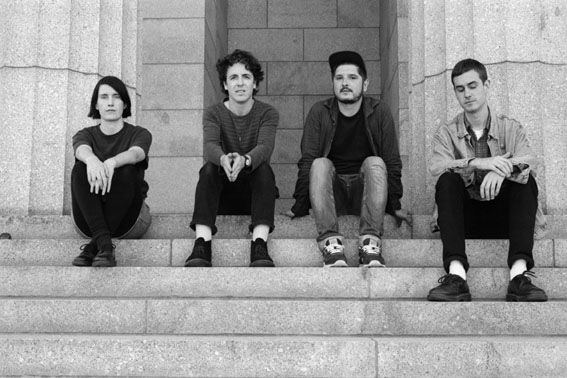 “I Don’t Mind,” sounds like a flashback to the slack, shambling, lo-fi glimmer-jangle of some of the best mid-’90s indie rock.   Stereogum

“This Melbourne quartet are wilier than you might think, with a sharp sense of melody and more than a few tricks up their frayed sleeves.” Pitchfork

“A bit jangly, a bit shambling, with shades of the 60s via C86, with a little Flying Nun flavour.”  The Guardian

Melbourne’s Twerps share the second single, “I Don’t Mind” from their forthcoming album Range Anxiety to be released on 2nd February via Merge Records.

Named best new track on Pitchfork and described as “an ode to indecision that sounds gloriously decisive”, you can listen to “I Don’t Mind” on Soundcloud

Additional previews of songs on Range Anxiety can be found inthis album trailer shot with singer-guitarist Marty Frawley, whichWondering Sound says, “is the perfect combination of earnest and witty, salty and sincere — just like the band’s music.”

Twerps have also shared the singles Shoulders and Back To You.