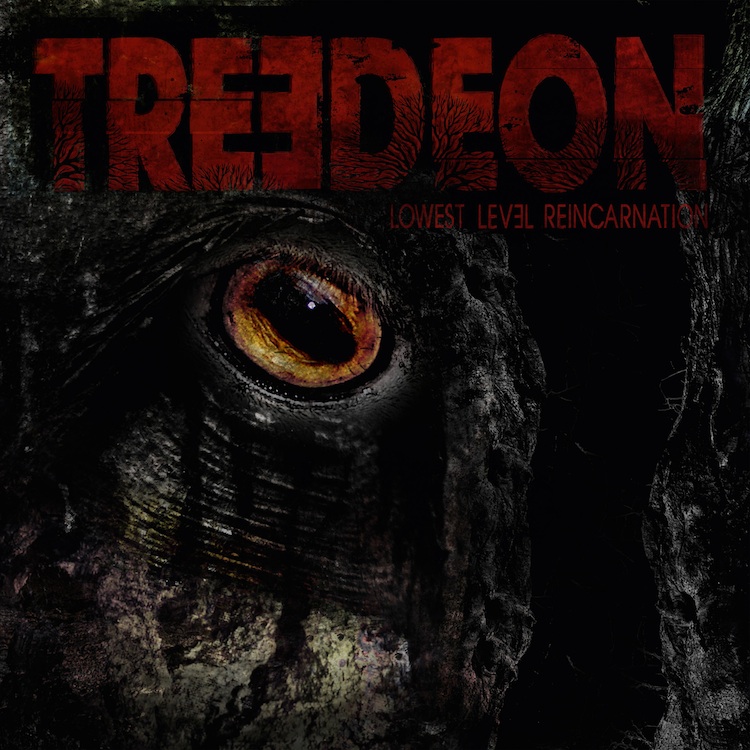 TREEDEON: BERLIN TRIO TO RELEASE DEBUT ALBUM THROUGH EXILE ON MAINSTREAM THIS MARCH; FIRST SINGLE PLAYING AT THE OBELISK
Berlin-based trio, Treedeon, has announced that their Lowest Level Reincarnation debut full-length is to be released on March 9th, viaExile On Mainstream. With eight songs delivered through a fifty-minute sonic rock assault, Lowest Level Reincarnation is raw, diverse, and in your face, carved out of depression and channeled in to a maelstrom monstrosity of guitar, bass and drums. The band recorded at Studio Wong in Berlin throughout November 2014, putting together their debut album, and as an early taste of what the album bears, today The Obelisk delivers its closing track, “Terracide,” alongside words from Exile On Mainstream owner Andreas Kohl.
LISTEN TO “TERRACIDE”
http://theobelisk.net/obelisk/2015/01/20/treedeon-lowest-level-reincarnation-terracide-stream/
Read on for more information about Treedeon’s sapling roots…After the almost simultaneous demise of Germany’s noise-stalwarts Ulme and seminal crossover icons Jingo de Lunch, Ulme guitarist and singer Arne and Jingo de Lunch singer Yvonne formed an acoustic band named Treedeon. Their first show was an acoustic set at 2012’s South Of Mainstream festival, stepping up to replace the disbanded Ulme, and out of the death of two bands came opportunity, as shortly after, a second gig was booked at Berlin’s Schokoladen, where Kaeng-shell punisher Boomer pledged himself as the missing link by offering to play drums.

Songs were laid out, written, and rehearsed in a dark cellar, leading to the first Treedeon demo being recorded and released in November 2013. The demo made very clear that the acoustic approach had been revised, overwhelmed by a new (but by no means surprising) monstrous Valkyrie of sheer heaviness, duelling vocals, and screams of emotional terror. A much louder rendition of Treedeon played a first show in their local hangout, Franken Bar, while their second show brought them to the infamous Roadburn Festival, as part of Exile On Mainstream’s 15 year anniversary showcase. And what an impression they left! The digitally released demo began rolling around among dedicated punters and created quite a buzz for the band, culminating in an invitation to play the Stoned From The Underground festival in July 2014. From this gig on, Treedeon rooted themselves very much in the conscience of lovers of noise, sludge, and all kinds of heavy pumping riffage.

In the words of the Treedeon members themselves…“Music always was some kind of therapy for me. To use the passion to get rid of things that drag you down. Playing in a band where this is possible is a gift.” [Arne], “Definitely the most powerful album I’ve ever been part of. We combined aggression and melody, had a great time writing and recording these songs. I can’t wait to play them live, which is exhausting, but very satisfying.” [Boomer], “Had I known what I was getting myself into with this singing & bass playing at the same time thing, I may have reconsidered….. Now it’s just too late, cause I’m having way too much fun with it…. I get to be twice as loud. Finally” [Yvonne].

You Blew It! Premiere “Your Side” Via Entertainment Weekly‏