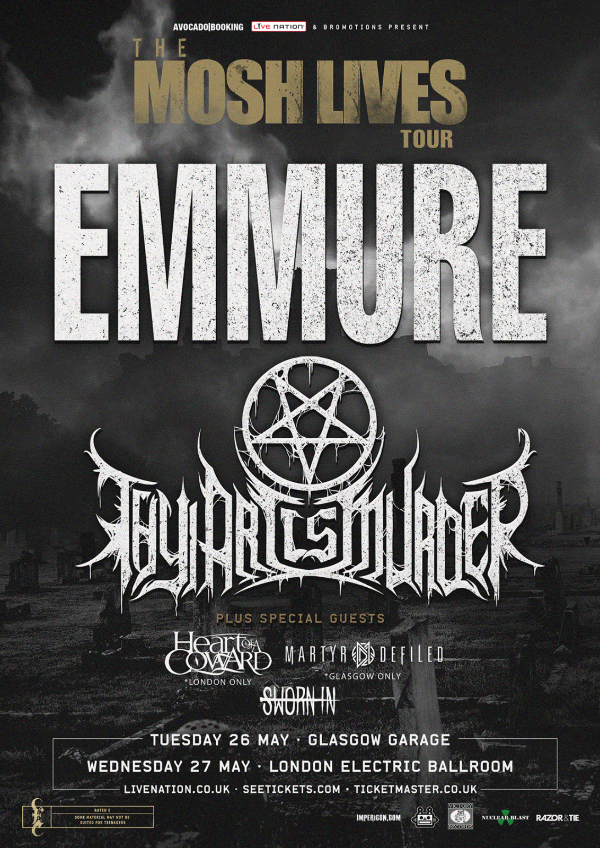 New South Wales’s deathcore titans Thy Art Is Murder have been announced as main support for Emmure’s European tour this May.
The UK dates see both acts playing Garage in Glasgow on May 26th with Martyr Defiled supporting. Heart Of A Coward will support for the London show at Electric Ballroom. Both dates will be opened by Sworn In.
Tickets are on sale now for what promises to be the heaviest tour of the year!

Thy Art Is Murder released their second album ‘Hate’ via Nuclear Blast records in 2013. Their much anticipated third album is expected later this year.