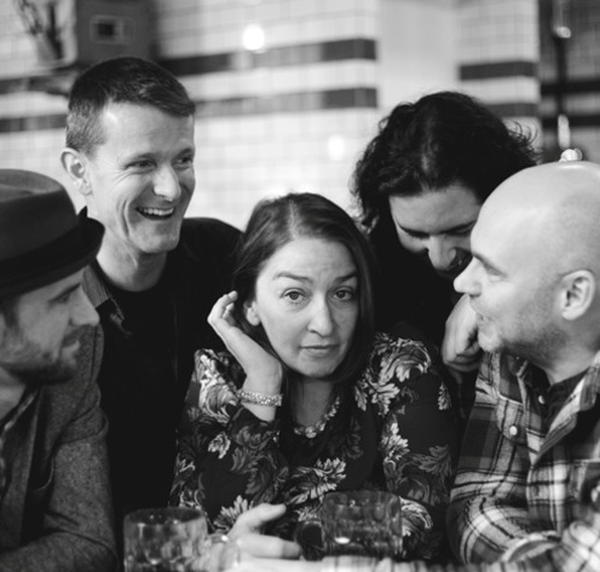 “Our pick of the week by a country mile. Gets a big thumbs up from me and from the listeners too” Sarah Champion, Absolute Radio

Rousing indie-roots act THE FLEAS provide a much-needed antidote to the January gloom by releasing a free download of ‘Born To Run’, their pulsating new track taken from the ‘Telling Tales’ EP, which will be out in April.

About ‘Born To Run’

A compelling new-wave stomper that sets off from the starting blocks like a peak-condition athlete, ‘Born To Run’ has a bouncy uptempo beat that encapsulates the song’s theme. Inspired by Christopher McDougall’s book on barefoot runners of yore, it is, according to Fleas’ frontman Piers, a paean to “the mental space we enter while running and the sense of empowerment and connection it creates”. Featuring an intense shriek of guitar announcing a catchy angular chorus, the dynamic pop-rock of ‘Born To Run’ serves as an optimistic anthem for human momentum, a dextrous rhythmic ode to the simple joys of “The Beat of Two Feet and My Heart”.

The Fleas are a Reading-based five-piece who meld vintage influences and fresh grooves, landing somewhere between The Kinks and the Pixies. Their heady brew of expansive indie pop and funky folk-rock is elevated by an ear for inspirational melody, resulting in an irresistibly feel-good sound incorporating elements of The Decemberists, Arcade Fire, Elvis Costello and Kirsty MacColl. Vocalist Piers peppers his lyrics with worldly wisdom, his voice embellished by gorgeous three-part harmonies from percussionist Bernadette and drummer Mannie, who, with Woody on double-bass and Chris on guitar, form an Anglo-Argentine backbone that infuses the band’s indie instincts with touches of Latin and jazz. The Fleas’ set at Manchester’s In The City was one of a hatful of sought-after festival slots, and the band have been aired on BBC 6 Music, BBC Radio 2 and Absolute Radio, as well as performing two sessions for BBC Introducing. A forceful live proposition to boot, The Fleas are one bug you’d do well to catch this winter.

Planet Of Zeus confirmed for Bloodstock!‏