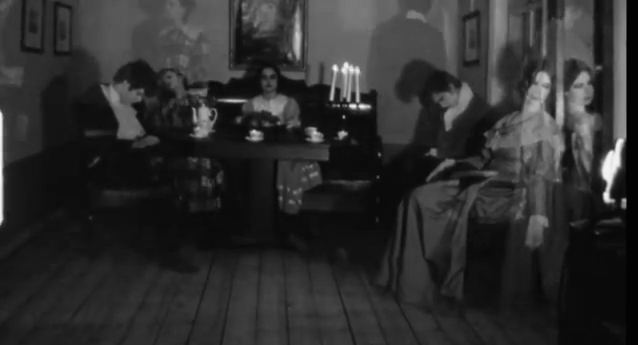 Prepping for their first U.S. tour of select cities in January, and the March U.S. release of their third album,  Estonian indie pop collective Tartu Popi ja Roki Instituut release a video for the song “Marienbad”.

Taken from the album of the same name, “Marienbad” was directed by fellow Estonian Jaak Kilmi (Revolution Of Pigs, Disco and Atomic War) and features the band in homage to silent films..

In the next two weeks, Tartu Popi ja Roki Instituut will perform for the first time in the United States, with shows in NYC, Chicago, and Minneapolis.

Tartu Popi ja Roki Instituut (translated: Tartu Pop and Rock Institute) is from the university town of Tartu, Estonia. The seven-piece rock collective drew inspiration from their time spent growing up in the once Soviet governed country. The band’s name intertwines their constantly evolving sense of musical experimentation with their hometown’s esteemed scientific institutional history.

The album Marienbad will be released on March 10 by Minty Fresh.