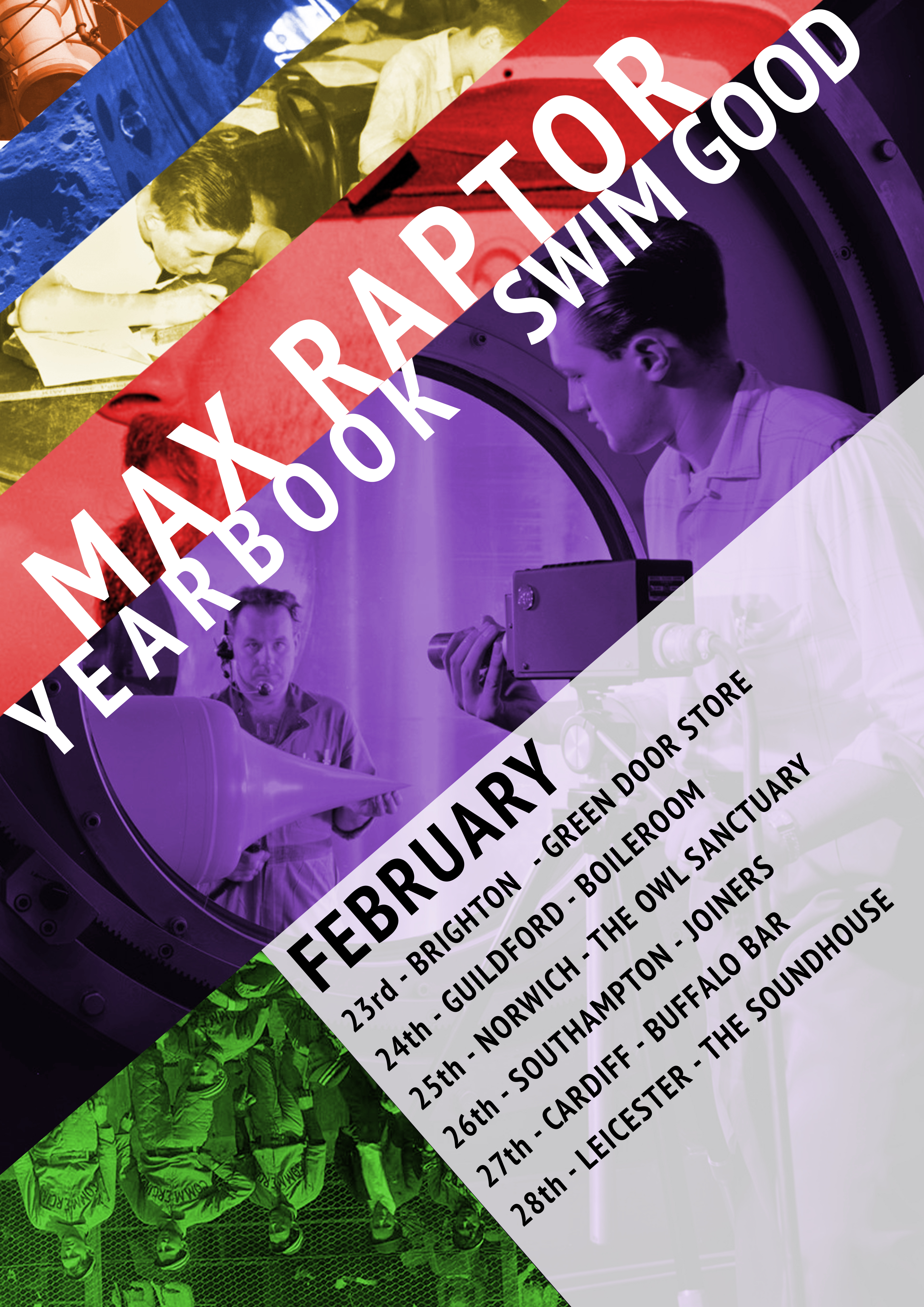 ‘They’re awesome, unusual and off the wall!’ – Alex Baker, Kerrang! Radio
‘It’s like Swim Good took cues from Don Broco, multiplied the funk and cranked up the rock a notch or 9″ – Rock Sound
“Getting recognised for all the right reasons, infectious melodies and a unique sense of style.” – Ourzone Magazine

London quartet Swim Good are pleased to announce they will be supporting Max Raptor on their upcoming February 2015 UK tour dates alongside fellow rising stars and friends in Yearbook, who recently supported Lower Than Atlantis on their headline tour.

The band are currently working on the follow up to their debut self-titled EP which was produced by Chris Coulter (Arcane Roots, Emp!re, In Dynamics) and released in 2014, with newly revealed single ‘Little Victories’ being the first look at fresh material from the band.

“We can’t wait to get back on the road in February!” says bass player Curtis Sharkey of the forthcoming dates “Going out on tour with a band that you’re a fan of like Max Raptor is always a trip and Yearbook are one of our favourite live acts in the UK, hands-down. We’re going to be road testing loads of brand new material and couldn’t be more stoked with who we’ll be playing it alongside.”

With their first release more a collection of the only tracks the band had written when they formed, the new material is already sounding much more cohesive, with the band developing their choruses and refining their mathier tendencies. Their unique sound and quirky brand of pop tinged alt-rock has already seen them sharing stages with the likes of Don Broco, Blitz Kids, Hildamay, Arcane Roots, This Town Needs Guns and more.