Shanty unveil official video to ‘One More’ via Clash‏ 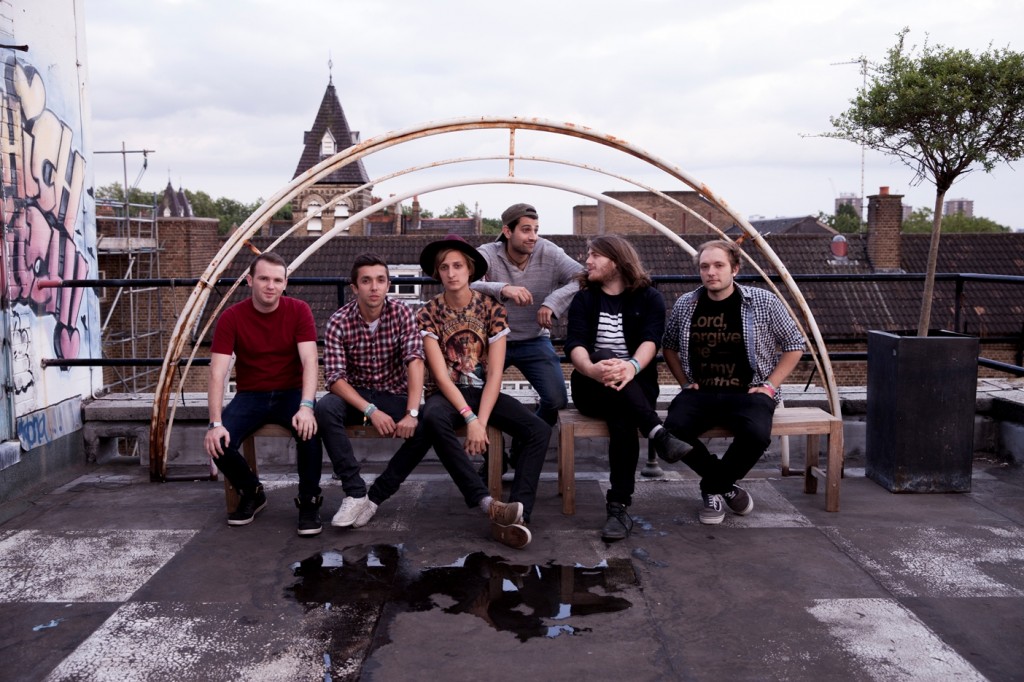 “ones to watch”  M Magazine

Seven-piece reggae collective Shanty, have revealed the official video to their 2014 EP cut ‘One More’ via Clash.

Melding hip-hop and electronics within a classic roots framework, Shanty released their debut EP, ‘Leave Me Out’, in September of last year, receiving high praise from the likes of reggae don David Rodigan, M Magazine and Louder Than War. Watch the video streaming below.

London-based party-reggae collective Shanty released their debut EP, ‘Leave Me Out’, on 22nd September 2014.
Showcasing cross influences which range from soul, electronic and hip-hop, all embedded in a signature sound characterized by pulsing bass and intricate horn-lines, the seven-piece’s four-track EP received praise from the likes of BBC Radio 1Xtra’s reggae don David Rodigan, M Magazine and Louder Than War.
From the offset, opening track ‘Leave Me Out’ demonstrates the band’s penchant for crafting soulful grooves. This laid back introduction is definitive of the Shanty sound, with reverb-laden guitars laying down the foundations before silky vocal harmonies come exquisitely into play, creating an explosive tune that calls to mind the likes of The Police.
Delicate horn-licks are an ever-present yet subtle ingredient and catchy vocal hooks dominate the EP, with subsequent track ‘Bohemian Soul’ providing a lingering feel-good summer vibe. The vocal talents of frontman Ben Willis are complemented by the vibrant brass section throughout, culminating in a tune that’s sure to inspire all music fans, regardless of their musical preferences.
Penultimate track, ‘Rise Up’, is a dub-heavy anthem with a stand out sing-along chorus. Sprinkled with echoes, reverbs and delays, the track features musical elements reminiscent of dub kingpin King Tubby.
‘One More’, the fourth and final track, brings the EP to an emphatic end. The ‘end of the night’ feel to this track justifies its placement on the record, whilst still packing a reggae-fuelled punch, with soaring vocals combining with the regimented rhythm section to create a thumping classic.
Hailing from North-West London, the eclectic outfit’s modern twist on classic roots reggae has seen them appear at prestigious UK music festivals including Boomtown Fair, Leopallooza, Secret Garden Party and Glastonbury. They’ve shared the stage with genre-mates The Skints, Prince Fatty and Neville Staple of The Specials, who they kicked off their 2013 tour supporting. The boys have also been championed by Gary Crowley, who playlisted them on his BBC London show as part of BBC Introducing.
Having recorded the EP at the infamous Sawmills studio in Cornwall, known for hosting the likes of Oasis, The Verve, Supergrass and The Stone Roses, Shanty are already treading in the footsteps of giants. With their stomping bass, soulful hooks and party vibes, this emerging band of reggae brothers have already made a solid impact on the scene with this talented debut.
facebook.com/ShantyBand
@ShantyBandUK
soundcloud.com/ shantyband
youtube.com/ShantyBandUK