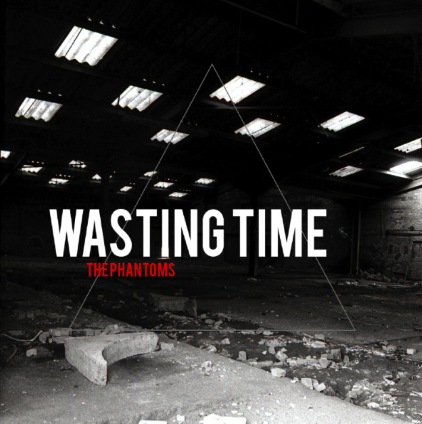 “Soaring Atmospheric Britpop… What Oasis would have sounded like if they’d listened to The Doors rather than the The Beatles.” Jim Gellatly, XFM Scotland

Based in West Lothian, Scotland, The Phantoms formed in May 2012, quickly winning an army of fans with their huge sound and infectious on-stage energy.

It didn’t take long for Scotland’s most influential DJs to pick up on the buzz around the band with debut EP ‘This Is How It Should Be’ earning widespread airplay.  A UK tour and support slots for Catfish and the Bottlemen and We Were Promised Jetpacks preceeded the release of the anthemic ‘Revolution’ a single that was played by radio stations across the UK, earning praise for its sweeping guitars and driving beat.
Gigs:
Saturday 14th March – Glasgow’s King Tuts supporting Cold Ocean Lies

The video for ‘Wasting Time will be released on Monday 16th February.

Influenced by Kasabian, Royal Blood, Catfish and the Bottlemen and Arctic Monkeys, their new single ‘Wasting Time’ is a perfect example of the sound that has earned The Phantoms the reputation as one of Scotland’s most exciting prospects.
The Phantoms are:
Colin Simpson – Vocals and Rhythm Guitar
Colin McKillop – Lead Guitar
Peter Stewart – Bass Guitar and Backing Vocals
Blair Cullen – Drums