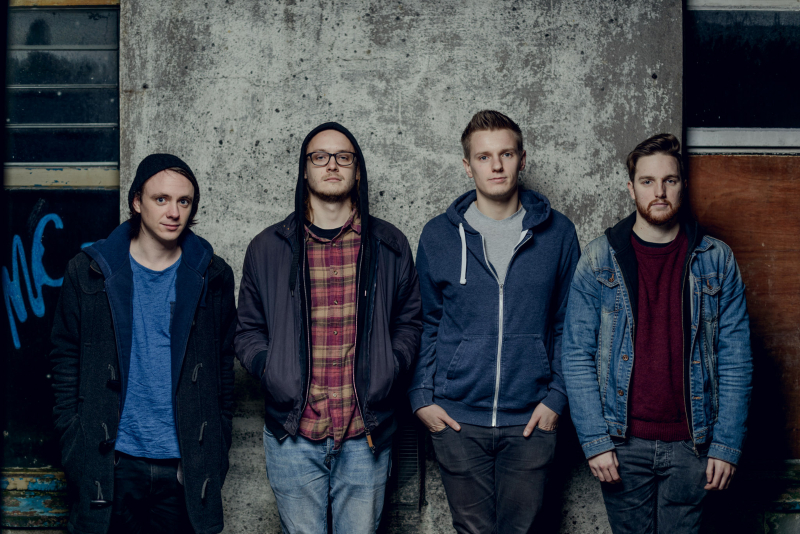 The Plymouth, UK, based quartet are back and gearing up for the release of their 2nd spectacular EP on Friday 13th March 2015

Formed in 2013, Patrons come from a city by the sea in the South West, UK. Born out of long-standing friendships and a common love of the unconventional, Patrons make a noise that gives a nod to the expanse of bands like This Will Destroy You and Thrice, yet also a tip of the hat to the stop-start rhythms of bands like Reuben and La Dispute. Having always been inspired by the attitude of the DIY scene, Patrons deliver an honest and intense musical experience to anyone willing to listen. “Inclusive is the word, I think”  says guitarist Mark Hoynes. “Anyone can come to a show or listen to our songs and enjoy it, it’s not necessarily exclusive to age, what you wear or what you think, anyone is free to join in.”

Having released their debut self-titled EP via “I Hate It Records”      at the end of March 2014, the band followed up with tour dates throughout May and June in the UK and were invited to play at some of the UK’s best festivals, including; The Alternate Escape (Part of The Great Escape) Boardmasters, Leopalooza and New Age.

This summer saw the band back in the studio to record their second EP, “The Momentary Effects of Sunlight” a four track EP scheduled for release on 13/03/15. To accompany the new release, the band also have plans in motion for tours throughout the UK, Ireland and mainland Europe from March 2015 onwards.