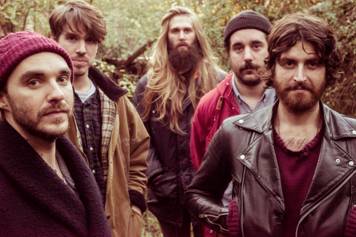 Following the success of their debut single ‘Infatuation’, London based Liu Bei announce the ‘GOODNESS’ EP, out Feb 2nd 2015 via the newly founded Museumgoer Records. The EP follows a productive 2014 that saw the band release their first single via Transgressive imprint paradYse to universal critical acclaim, as well as opening for Dry the River on their autumn UK tour. In 2015 Liu Bei will once again be gracing the stage with a string of live dates kicking off in Oxford on 3rd February 2015 (see tour details below).

Liu Bei (pronounced Lou Bay and named after a truly exceptional Chinese Warlord) create gloriously addictive and epic music. The ‘Goodness’ EP showcases three new tracks, perfectly melding shoegazey energy with moments of ethereal delicacy, all tied together with effortless melodic hooks. Full of shimmers and bite, and littered with heartstring plucking lyrics, the songs are delivered with a ferocious intensity, both on record and in a live setting. From the Teenage Fanclub-esque pulse of ‘lead track ‘Goodness’ to the pure iceberg beauty of ‘Fields’, featuring backing vocals from Rachel Goswell of shoegaze legends Slowdive, the EP captures a band racing ahead of the pack.