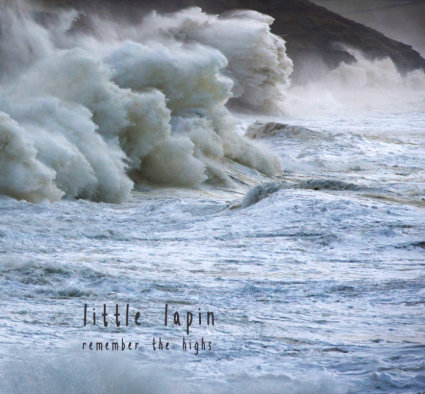 UK singer-songwriter Little Lapin has been making her mark on audiences all over the world, from New Zealand where she was based for five years, to New York where she recently performed the last leg of her acoustic tour.

‘Waiting Room’, taken from Little Lapin’s 2013 debut eponymous EP, was featured on BBC Radio 6 Music’s Introducing Mixtape Show with Tom Robinson, and her sound was described by Tom’s team of music bloggers at Fresh on the Net as a “A Pretenders for the 21st Century”.  Her highly anticipated follow-up album due to be released next year promises to deliver more of her infectious indie pop gems.

Celebrated New Zealand producer, and ex member of Goldenhorse, Ben King guests on all of Little Lapin’s forthcoming tracks including ‘Remember The Highs’. In addition to performing, he also arranged the electric guitar and synth parts.

“We bumped into Little Lapin’s lovely ‘Waiting Room’ on a recent Fresh Faves & I was instantly taken by this stadium filling indie song with its gorgeous vocals, buzzing strings & larger than life melodic disposition, the echoes of The Pretenders were just too much for a boy to handle when it landed in our dropbox”.
Fresh on the Net – John Casson, Sept 2013

“Little Lapin has a voice that sits nicely between Karen O from the Yeah Yeah Yeahs and The Prentenders’ Crissy Hynde.  Listen if you like:  Slow Club, French For Rabbits, Beach House or Summer Camp.”
Notes For a Road Sign Blog

“The musical variety is what really sets Lapin apart from her peers. There’s a willingness to apply herself to different genres here, and she rarely sounds uncomfortable during any of her performance. Like I said, the girl’s confident, and I have no doubt this won’t be the last we’ve heard of Little Lapin”.
The Equal Ground, July 2013

“Little Lapin’s compositions are an intriguing game of hide and seek, with elements often surprising each other from around unexpected corners. Her voice hops smoothly from note to note while melodies flow cleanly underfoot, infused with a gentle retro-pop. Catchy hooks draw us into a world of ‘Silent Tears’ and ‘Friendship on Fire’, her talent for emotive storytelling irresistible in its universality.
Breakthru Radio, New York, July 2013