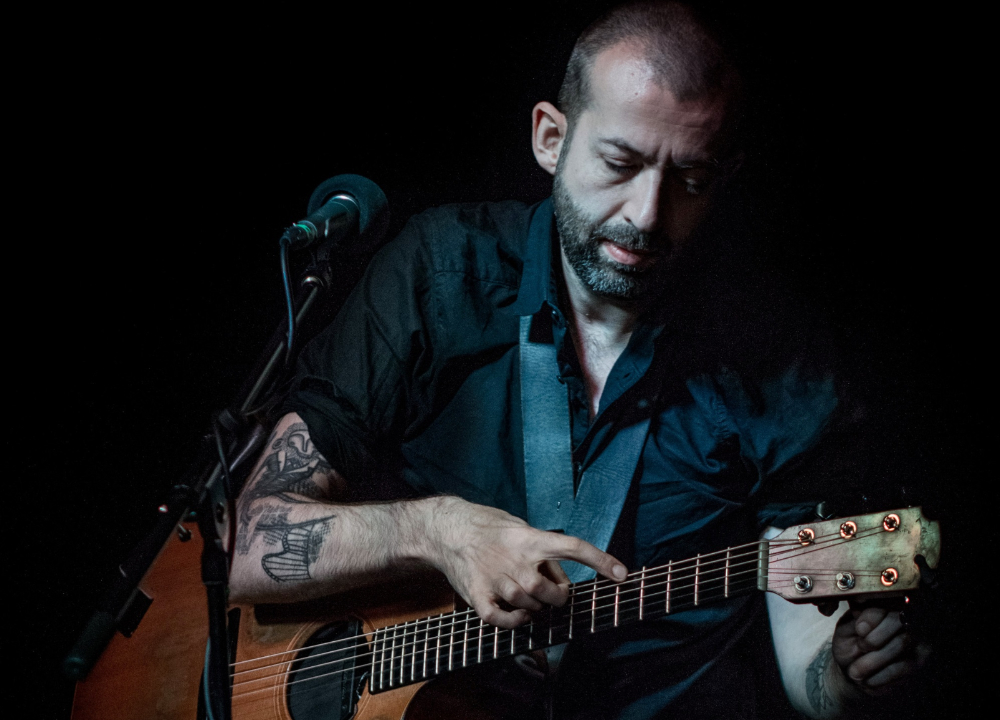 Live In The Acoustic Asylum Sessions

“Perhaps the best percussive guitar album we’ve ever heard” 5/5 – Total Guitar
“Hands down the most amazing guitarist I have ever seen!” – Tommy Lee (Motley Crue)
“There are very few musicians on the planet who can actually strike me speechless with the beauty and skill of their playing. Jon Gomm is one of those musicians.” – Randy Blythe (Lamb Of God)
“I love your work and style so much. You are very special” – Jon Anderson (Yes)
“Wonderful playing and singing” – David Crosby (Crosby, Stills and Nash)

Virtuoso guitarist, independent musician and viral success story Jon Gomm is happy to announce an extensive UK headline tour for March 2015 with a view to road-testing brand new material and giving recent converts the chance to experience a live performance of tracks from his latest album, the beautiful and critically acclaimed Secrets Nobody Keeps. The run of dates will be the first extensive UK tour since his mammoth 28 date sell-out headline tour in October 2013 (full dates below).

“Since the last UK tour I’ve been gigging Secrets Nobody Keeps on various continents (Africa and South America being my newest conquests) and played so many European festivals I lost count, including some big ones like Download and Electric Picnic” comments Jon on his hectic schedule throughout 2014 “My next plan was that I wanted to make sure my new post-Passionflower online audience got to hear my old tunes, so I gathered up my most requested songs, and I’ve filmed a new series of live-in-the-studio videos I’m calling Live In The Acoustic Asylum sessions, which I’m drip-feed releasing throughout 2015. I also have a few brand new songs I’m pretty excited about, which I’ll be testing out on this tour.”

Produced by Whiskas, founder of legendary DIY label Dance To The Radio, Secrets Nobody Keeps was 100% crowd funded in the short space of 4 weeks in a whirlwind PledgeMusic campaign that drew on the power of Jon’s millions of fans and viewers worldwide.

The album title itself is a nod to Jon’s gratitude for the power of social networks. Ever since the day a simple one word Tweet from Stephen Fry linking to Jon’s Passionflower video (7.5 million views and counting) started the snowball rolling on his career, he’s been an advocate of, in his own words, “having that private little moment of discovery on Youtube, then sharing the music everywhere.” Gomm’s list of high profile fans also includes the legendary Eric Clapton, Chaka Khan, Jon Anderson, David Crosby, Tommy Lee and Devin Townsend.

Tickets and information at http://jongomm.com/live-dates

Secrets Nobody Keeps is out now via iTunes
Or direct from Jon: http://jongomm.com

AXES REVEAL INTERACTIVE VIDEO FOR ‘THE ONE’