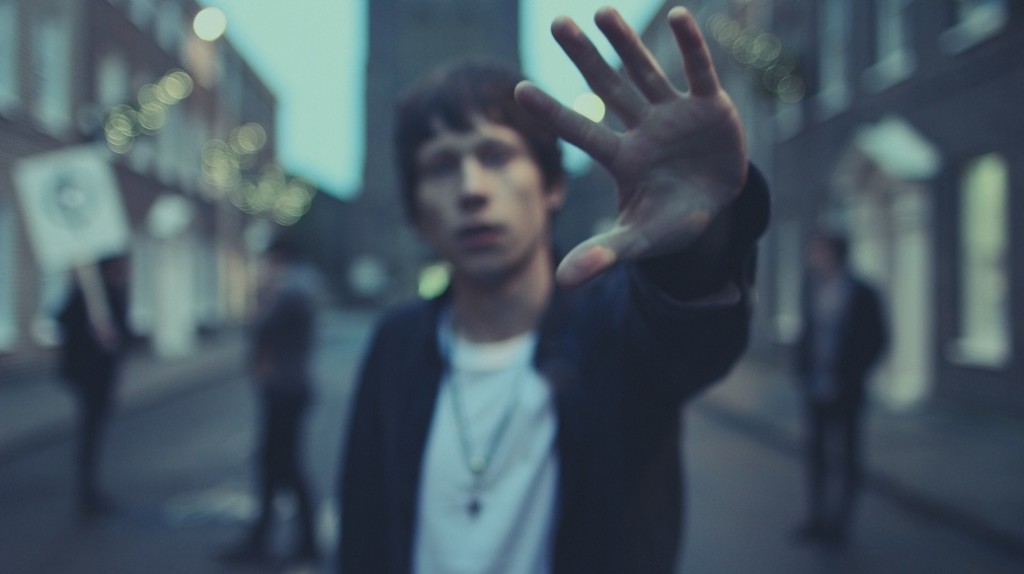 Introducing: October Drift
Debut 7″ single ‘Whoever’ released February 16th
UK tour begins February 17th with sold out shows in Bristol and Sheffield
“Erupting into a distorted, molten chorus, ‘Whoever’ betrays a rare maturity from such a new band.” – CLASH
www.octoberdrift.co.uk
Newcomers October Drift hit reverse in their thought-provoking new music video for atmospheric debut single ‘Whoever’, due for self-release on February 16th.

The ‘Whoever’ video only adds to the intrigue currently surrounding October Drift. A new band that, after impressing audiences at a smattering of low-key gigs at the end of 2014, have sold out half of their debut tour dates based on word of mouth alone with no presence on social media channels.

“For the ‘Whoever’ video we wanted to dwell on the rhetorical concept within the song,” the band explain. “We want to disorientate the viewer a little, both visually and sonically, but leave things ajar for interpretation too. Much of the video features reversed footage to encourage a slightly surreal undertone.”

Mixed by Dan Cox (Thurston Moore, Three Trapped Tigers, Theme Park), ‘Whoever’ showcases October Drift’s natural affinity for noise as much as their knack for an impassioned and melodic vocal. As the sea of roaring distortion parts, a touching lead line poses a series of rhetorical questions to the listener, revealing a frail and vulnerable character at the song’s core.

October Drift will self-release ‘Whoever’ on February 16th 2015 via exclusive one-sided 7” vinyl, each coming with its own artwork print. Catch them on tour from February 17th and expect a second single in spring 2015.