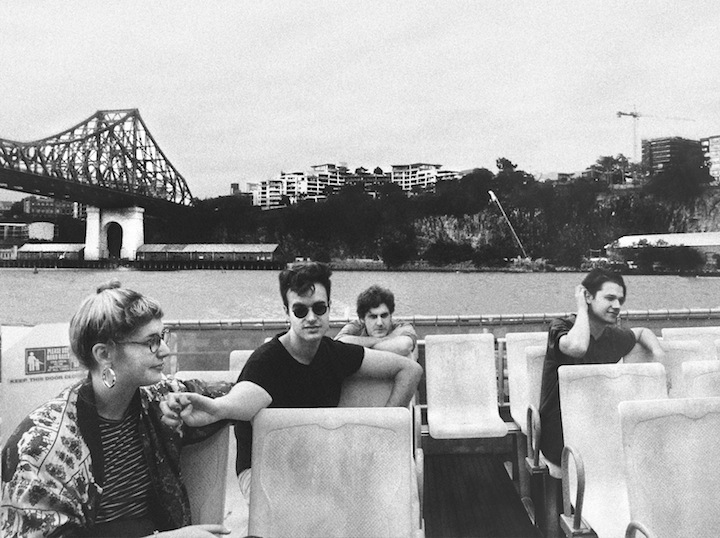 With less than two weeks until the release of their debut LP, Australian post-punk, four-piece Nite Fieldsunveil new track ‘Winter’s Gone’. Their forthcoming album ‘Depersonalisation’ is set for release on Feb 2nd via Felte & the band will play a London show on Feb 23rd at The Old Blue Last.

‘Winter’s Gone’ is a hypnotic blend of macabre shoegaze-sounds and swirls of psych-rock notes, all polished with a rich electronic sheen. Hitting just over the seven-minute mark, it acts as a fine example to showcase this band’s diverse range, that is ever so present on the upcoming record.

Home is a difficult place to pinpoint for Nite Fields.  While their coming together took place in Melbourne, all four members originally hail from Brisbane. A humid and notoriously conservative city, the band is currently split between that city and Sydney.

Like the chorus on ‘Come Down’ that makes the downward trajectory sound ornate and beautiful, the debut LP, Depersonalisation, from Nite Fields is sparse and cold yet inviting and intimate at the same time.Depersonalisation was conceived and completed over a four-year period in all three distinct cities. Recordings were completed almost entirely by the band members in over twenty locations including garages, bedrooms, borrowed studios, stairwells and a restaurant dining room after hours.

Lead singer and songwriter Danny Venzin is opinionated, passionate, and uncompromising, whether releasing works on his own label Lost Race or maintaining his diligent focus on a unified (though not narrow-minded) Nite Fields aesthetic, regardless of what music is currently in fashion. His band mates Chris Campion, Liza Harvey and Michael Whitney consist of deeply immersed players in a tight-nit local D.I.Y. scene.

Poetic and personal, you need only to listen to the record’s lyrics and atmosphere to understand where the title Depersonalisation comes from. Recurring themes include disassociation of reality and dissipation of love, with Venzin’s understated and at times unsettling vocal delivery almost as hard to forget as the album’s unique mood.

Pre-order Depersonalisation now at felte’s webstore here. The band is heading out on tour this winter. Full dates below.