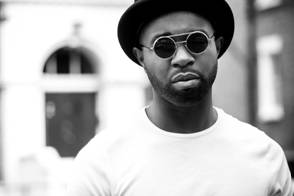 Hailing from the streets of south London, the funk/alternative artist Mike Shy, is set to release his debut single ‘Graveyard Shift’ this January.

Collaborating with long time friend George, Mike has established a new musical form based on the duos humble personalities and Mikes’ disability – he’s deaf in the right ear due to an ongoing condition called cholesteatoma.

Since 2010, Mike has vowed to make music that reflects the duos life and surroundings – they will not compromise for any organization or establishment. Writing, producing and developing their own material, both Mike & George have been working tirelessly in and out of the studio trying to build a masterpiece as well as the right image in which they feel best represents them and their generations struggle.

Prior to the project, Mike and George have received support from the likes of MTV Base, BBC Radio 1Xtra, and Capital Xtra in their own right.

Since joining forces, the duo have performed at various prestigious venues such as the 02 Arena.

Ghold reveal more of their upcoming LP, Of Ruin, due out in March on Ritual Productions