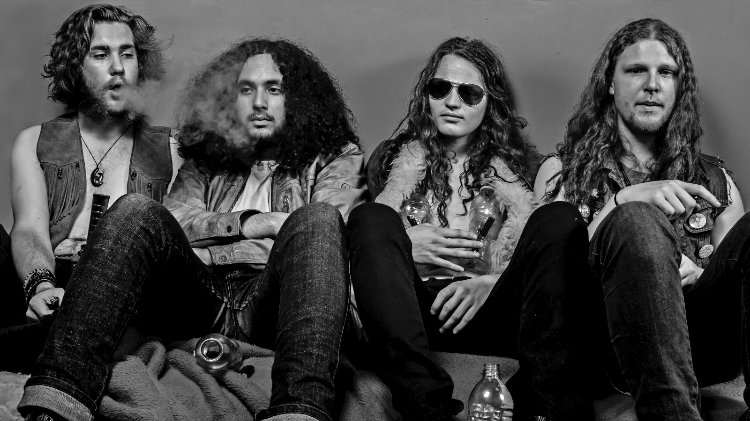 “Horsehunter come from down under, and they bring some seriously slow, Sabbath/Sleep-style doom. ‘Stoned to Death’ follows in a grand tradition of epically long songs, and it’s like being between two tectonic plates at the moment of an earthquake.”

“Having shared the stage with legends High On Fire, Conan and Windhand, Melbourne four-piece Horsehunter are inarguably the most sought after and exciting young doom band in the country.”
The AU Review

Following on from the ground-shaking premiere of the 16-minute epic ‘Stoned To Death’ toward the end of 2014 via Decibel Magazine, Horsehunter has already drawn comparisons with likes of YOB, Neurosis and Shrinebuilder. Yet alongside the brutal vocal chord rips and vicious guitar throw downs of the album’s heavier moments, surrounded by darkness they still manage to enfolded themselves in light. From the gently creeping ‘Nightfall’ to the dynamic and progressive passages of ‘Witchery’ the four tracks on offer here showcase the talents of a young band with an arsenal of understanding. “Appropriately enough, the main riff [‘Stoned To Death’] sounds like an evil version of the one from Led Zeppelin’s ‘Dazed and Confused’, which is arguably the first-ever doom metal jam.” (MetalSucks)

Having shared stages with High On Fire, Conan Windhand and Sleep, and harvested fans from all four corners of the globe, newly signed to the New York based label Magnetic Eye Records, Horsehunter are primed and ready to breach the Southern Hemisphere and take on the world full tilt.

Caged In Flesh will receive an official worldwide release on 21st April 2015. 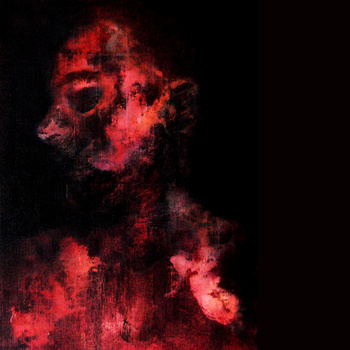 “If you are a fan of Sleep, Neurosis and Shrinebuilder then prepare to worship the new masters of the riff. As this album is going to blow you away.”
The Sludgelord

“After you hear Caged In Flesh by Horsehunter one time, you’ll be hitting replay all day.”
CVLT Nation

“The Aussie band self-released the album [Caged In Flesh] at the end of September and have been garnering acclaim for it since, as they’ll no doubt continue to do in 2015 owing to the massive tones, throaty shouts and lumbering vibe of songs like ‘Stoned to Death’. Its 16-minute course is no small undertaking, but they pay it off with hypnotic, bleak psychedelia that only makes the underlying rumble seem like more of a threat.”
The Obelisk

“From beginning to end, Caged In Flesh is a great sludge/doom album. The sound is thick and heavy, with plenty of guts and blood in all the right places.”
Desert Highways

“Caged In Flesh has it all, the slow swamp pace of Earth, the riffs of Sleep, the kick in the guts thunder of YOB and just a touch of the driving chug of ISIS.”
Fracture Magazine

“Whether it is stoner riffs, psychedelic journeys, or gritty out and out doom you’re after, there is something on this record that will excite you. Horsehunter are a band to keep an eye on.”
Heavy Planet

“With Caged in Flesh, Horsehunter have produced a monolith of an album, an attack on all fronts with an air of understated restraint and intelligent songwriting behind it. With a thick, syrupy sound sure to appease sludge metal enthusiasts, coupled with groovy stoner influences that ensure a memorable experience, Caged in Flesh is the equivalent of digging for gold in mud, and finding diamonds.”
Sputnik Music

Maserati return with their new album, ‘Enter The Mirror’ out 3rd April on Temporary Residence | Listen to new single ‘Wallwalker’