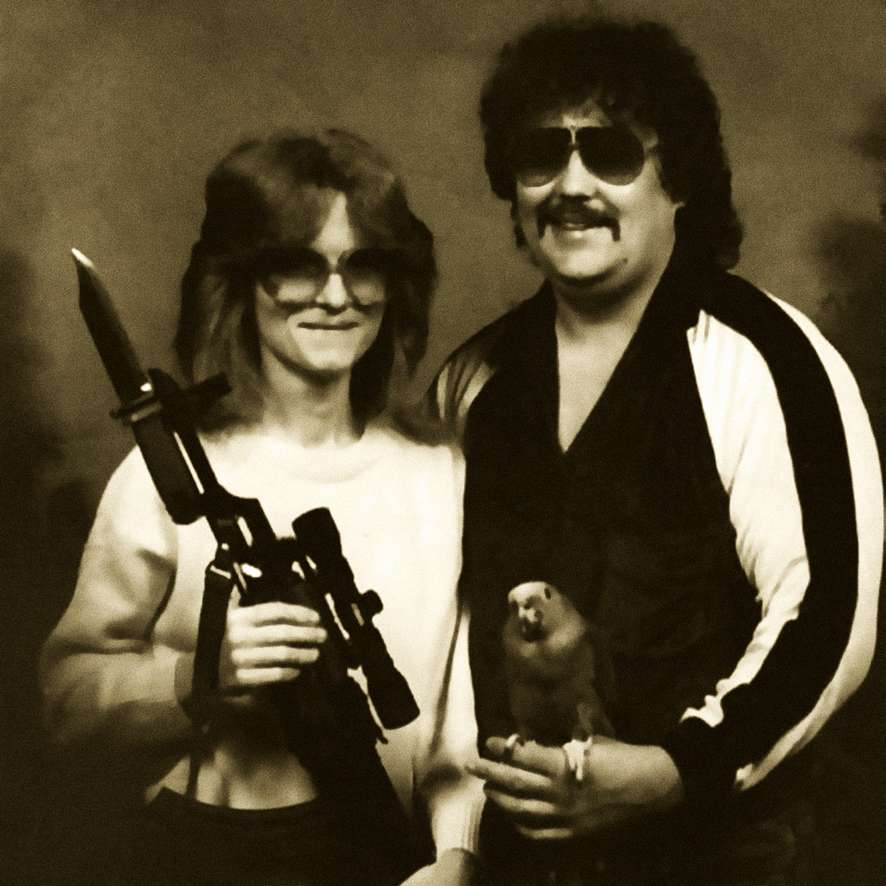 The soaring vocals of Dionne Bennett, singer with Welsh soul-rockers The Earth, have been beautifully juxtaposed with the tender serenade of Gruff Rhys on Married 2 Me, scheduled for special release on Valentine’s Day, Saturday 14 February 2015.

Rhys joined one of the band’s sessions in Cardiff’s Strangetown Studios earlier in 2014 and supplied lyrics and vocals to the song. Having thumbed through fellow Super Furry Animal, Dafydd Ieuan’s copy of Christopher Hitchens’ book God is Not Great; he put the book down suddenly and came to his feet. A man entranced, Rhys captured his moment of inspiration in just two takes and promptly left for home. As the raw soul of Bennett’s voice screams the nightmare of being married to the song’s unnamed protagonist, Rhys sings:

I’m a priest of God What would Jesus do? The ecclesiastical
I took my vows The goddam truth Elastic pastor
The diocese won’t allow The trinity’s for me Save the world
Holy Communion Honeymoon in Gallilee Bushes are burning