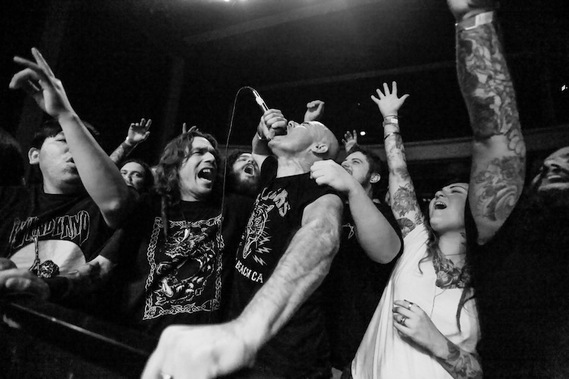 GOATSNAKE ANNOUNCE EUROPEAN TOUR; NEW ALBUM DETAILS SOON TO BE REVEALED
Los Angeles, California’s Goatsnake have announced further live dates in Europe, kicking off at the end of May with their set at Temples Festival, and taking the band through territories new to them. This comes in the light of the news of a brand new album from the band, which they have just completed recording, and will see release on Southern Lord this summer.

The new album will feature the familiar faces of Greg Rogers (The Obsessed, Sonic Medusa), providing drums, Greg Anderson of Sunn O))) taking care of the riffs, Pete Stahl (Scream, Wool, Earthlings?) on vocals, and new bassist new and Cape Fear North Carolina legendScott Renner (Brickbat, Sourvein, Sonic Medusa).  On production duties is Nick Raskulinecz, who, since being introduced to Dave Grohl during the recording sessions of Flower of Disease, has gone on to work with seminal artists such as Rush, Alice in Chains, Mastodon and Ghost, and has won Grammys with the Foo Fighters. United again, he and the band are sure to serve a menacing cut of the time-honoured ultra-heavy rock they are infamous for.

Further details of this are to come, meanwhile Greg Anderson did offer this insight, “We are beyond stoked about the new Snake album.  We all rose to the occasion and with the help of Nick and the state of Tennessee delivered the fucking goods. More soul, more power, more balls.”
Here are the dates:
GOATSNAKE TOUR DATES:
30/05/2015 – UK, Bristol – Temples Festival
01/06/2015 – BE, Kortrijk – De Kreun
02/06/2015 – NL, Amsterdam – Melkweg
03/06/2015 – DE, Berlin – SO36
04/06/2015 – DE, Siegen – Freakvalley Festival
06/06/2015 – GR, Athens – AN Club
REVIEWS FROM THEIR 2010 ROADBURN PERFORMANCE…
“Goatsnake were received like royalty itself on this triumphant return, showing a Peter Stahl in superb form and that trademark Greg Anderson guitar sound while enthralling the entire main hall of 013. If only all reunions could be like this.”  – ROCK A ROLLA
“All eyes are on Goatsnake’s grandoise return, one of the absolute highlights of the weekend. You can’t go far wrong with ‘Flower Of Disease’ or ‘El Coyote’, but when Pete Stahl’s vocals are so there and Greg Anderson is firing off those swaggering riffs with crystalline perfection, it makes for the kind of memorable show that makes you wish they’d go on with this reunion…” – TERRORIZER
http://www.southernlord.com
http://southernlord.bandcamp.com
https://www.facebook.com/SLadmin