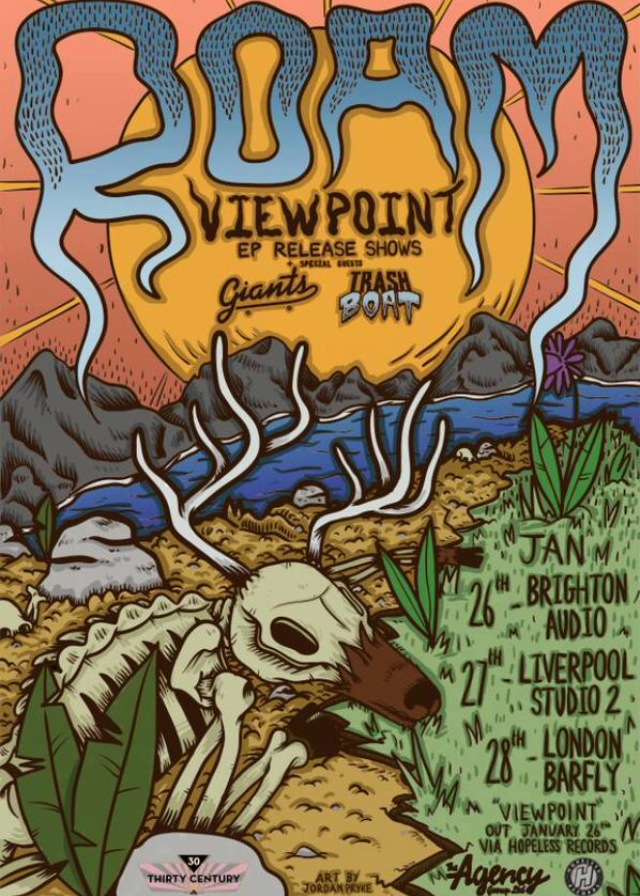 Essex punk quintet GIANTS are pleased to announce they will be supporting ROAM this week alongside Trash Boat on three special shows to celebrate the release of the Eastbourne pop punk band’s Viewpoint EP in Brighton, Liverpool and London (see below for full dates).

Spending the last couple of years at the forefront of the DIY punk scene, playing hundreds of shows and building their fan base across the UK & Europe, GIANTS are currently recording their debut full length album with producers Neil Kennedy (Landscapes, More Than Life, Creeper etc.) and Daly George at The Ranch Production House in Southampton – with just vocal recording remaining to be done, the album is well on its way to completion.

You can keep up to date with the album’s progress and become a part of making the record happen by donating to the bands PledgeMusic campaign at:www.pledgemusic.com/projects/giantsuk

By doing so you guarantee yourself a pre-order of the record whilst gaining access to a whole host of exclusive studio updates. A percentage of any funds donated by Pledgers will be going to the “Skate4Cancer” charity.