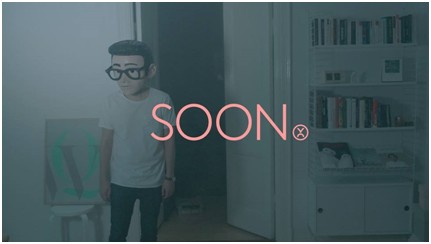 Scandinavian label Youth Control proudly presents the new EP, ‘Apart In Love’, from Finnish producer Roisto. The label’s second EP, which followsTJH87’s ‘Good Life (feat. Gamble & Burke)’ last year, is due for release on 27th January.
Taking his name from the Finnish word for ‘villain’, Roisto hails from the deep, dark forests of northernmost Finland, where he inhabits a small studio, filled with old analog synths, tape machines, and 12” disco records. It is within the confines of this musical safe haven that he creates his own stylish brand of disco.
His new EP features three original disco tracks, kicking off with the title track ‘Apart In Love’; a suave, shimmering track, complete with catchy sampled vocals, slick guitars, and super funky basslines. Bright synth chords follow on the undeniably infectious ‘I’m Who You Need’, before the third track of the EP ‘Call The Sky’ (feat. Gavril) presents a haunting modular make up, featuring huge synth pads, vocoder vocals, and orchestral elements.
The EP comes with three remixes of lead single ‘Apart In Love’, including one from Youth Control’s very own duo TJH87, who provide a huge piano driven reinterpretation of the track. Yotto then turns the track into a funky UK garage piece, before another Youth Control signee, Disco Despair, gives the track a slightly more mellow approach.
Roisto’s work to date includes remixes for Ed Banger’s inimitable owner Busy P, and for label mates TJH87 on their EP ‘Deadlock’, a release which won the support of some of the scene’s biggest names and garnered heavy play from Robbie Rivera, Armand Van Helden, Faithless’ Sister Bliss, andPhonat, amongst many others.
‘Apart In Love’ is an incredibly promising debut effort from a producer whose breed of disco is pushing the boundaries of what is possible with the genre. A release which oozes fresh sounds, from warm synth breakthroughs to French electronica beats; it’s unlikely that Roisto will remain in the darkness for much longer.
facebook.com/RoistoRatissa
soundcloud.com/roisto
twitter.com/R0IST0