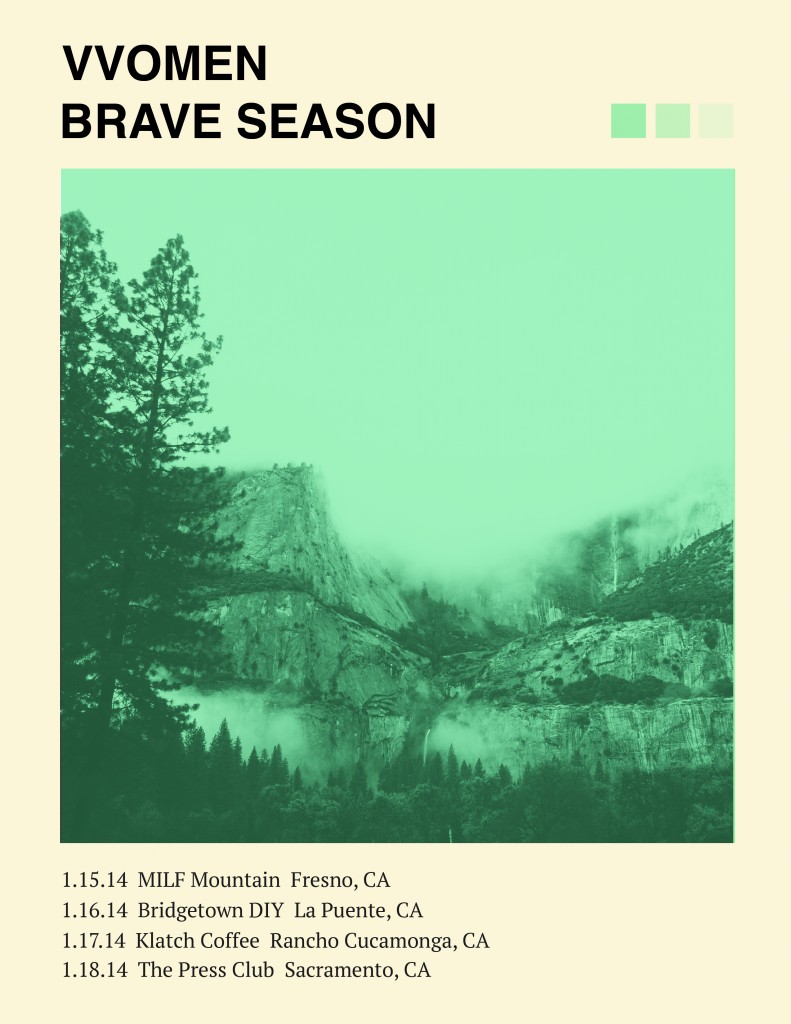 Back in December we announced the then forthcoming tour from talents VVomen and Brave Season. The bands hit the West Coast for a tour earlier this month and kick started their year with an ample amount of live shows.

For those unaware of Brave Season, the band began in 2010 with Elmer Martinez and Haden Barrow as it’s core members and with a rotating cast of musicians, it has taken on many incarnations over the years. With the inclusion of multi-instrumentalist Luke Sanchez and long time fan Josh Ingram, the band was able to finally craft their own brand of “loud indie rock.” Brave Season’s charismatic persona makes every live show feel like a gathering of old friends. If you love the likes of Into It Over It, Death Cab For Cutie or The World is a Beautiful Place, you will adore the scintillating work of Brave Season.

Following the live announcement we asked Elmer to document their tour days for a special Circuit Sweet Tour Diary take-over and to let those fans that have yet to see the band live, have a special insight into all things Brave Season. We are delighted to hand over to the band to find out what their tour entailed.

It’s tough to get out on the road when you’re a small band. There are no guarantees playing outside of your hometown. There’s no telling if people will show up, if you’ll sell any merch, or even if you’ll have a place to sleep that night. We owe the overall success of this tour to the kind hearts of California’s DIY community, our friends in different bands who brought their fans out, and to the wonderful promoters who made it all happen.

Thursday my band Brave Season and I loaded up in my Toyota Corolla and headed south down to Fresno, CA. The drive down Highway 99 from Yuba City to Fresno is pretty boring. You mostly drive past other small and crappy town and long stretches of road with a gas station sprinkled in every once in a while.

When we arrived, we headed straight to the Barnes and Noble book store because my friend Megan promised us free coffee and treats, too bad Megan wasn’t working. Afterwards, we arrived at “The Escape to MILF Mountain”, a garage behind our friend Bart and Nathan’s house, and bullshitted for a few hours while we waited for the place to fill up. I guess the highlight of the show was just catching up with a few old friends who had seen our band in it’s early days. After 3 opening bands, VVomen stepped up to the plate at around 15 minutes before sound curfew and left everyone in the place with their mouths open. Our set was quieter than VVomen’s which allowed us to play pretty much our full set closing out the night. 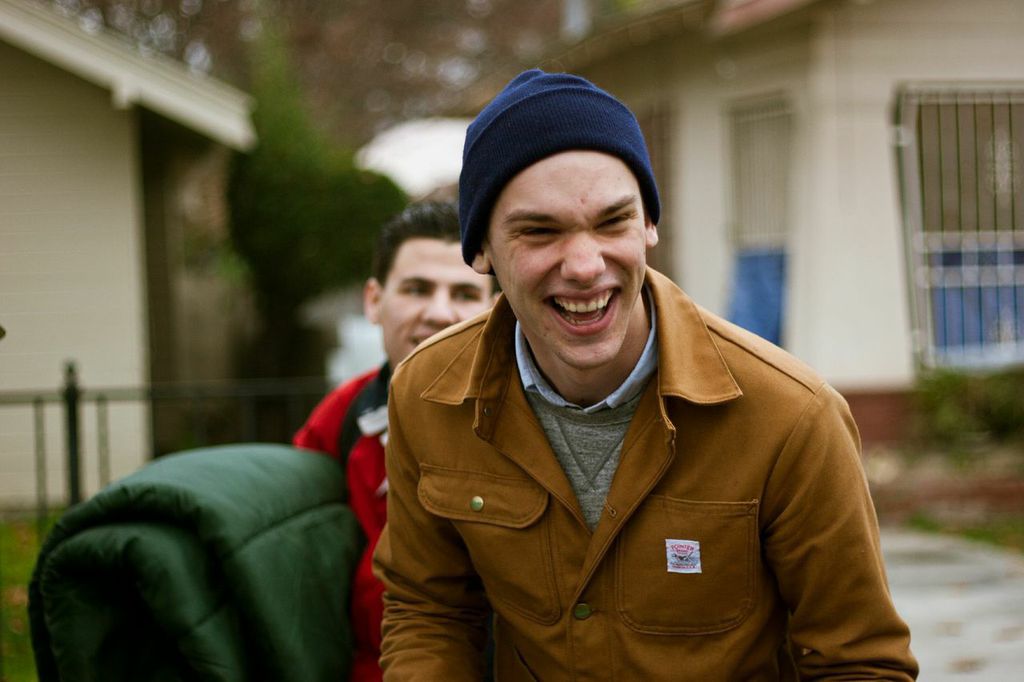 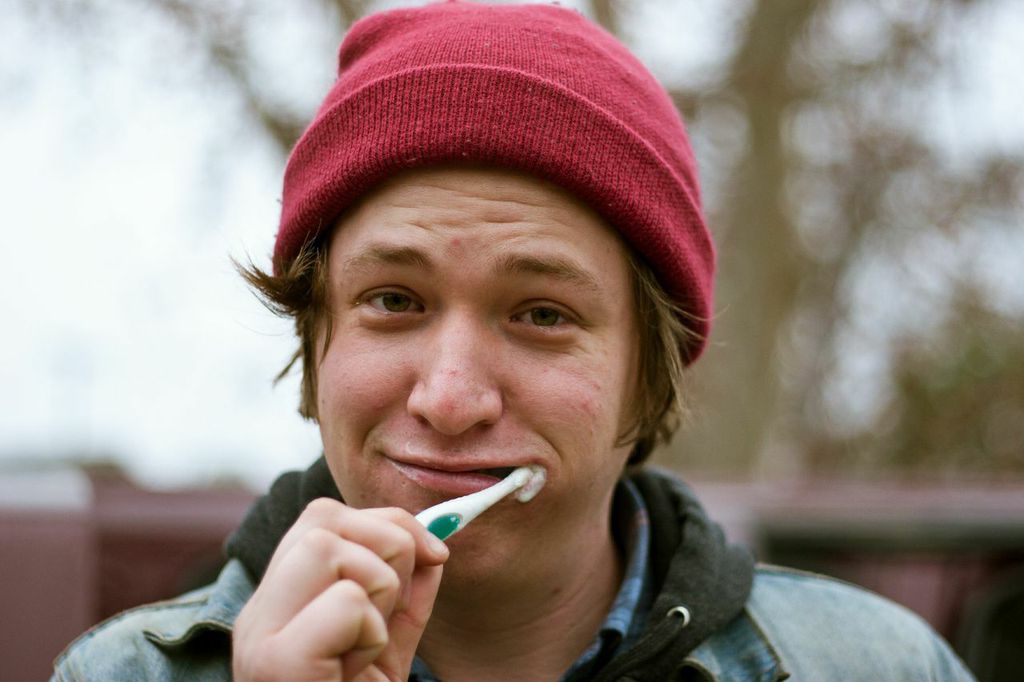 Bart and Nathan were kind enough to let us sleep on the floor of their house (something we all regret now). I might have gotten enough sleep were it not for VVomen’s merch guy (not even the merch guy no matter how many times we begged him to be) Robert loudly giggling every 20 seconds.

We got on the road around 11:00am Friday morning and headed for the Los Angeles area. Our bassist Luke had made about 20 unlabeled mix cds for tour and was forcing Radiohead down our throats (though I must say I enjoy them a lot more now and have been listening to In Rainbows on my own for a few days now). 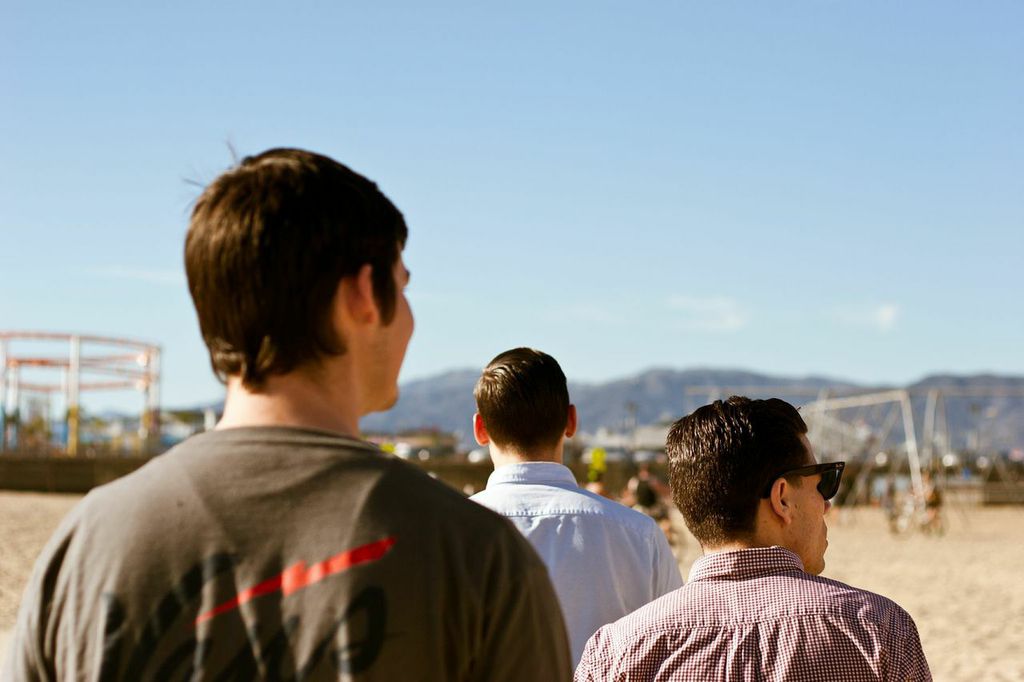 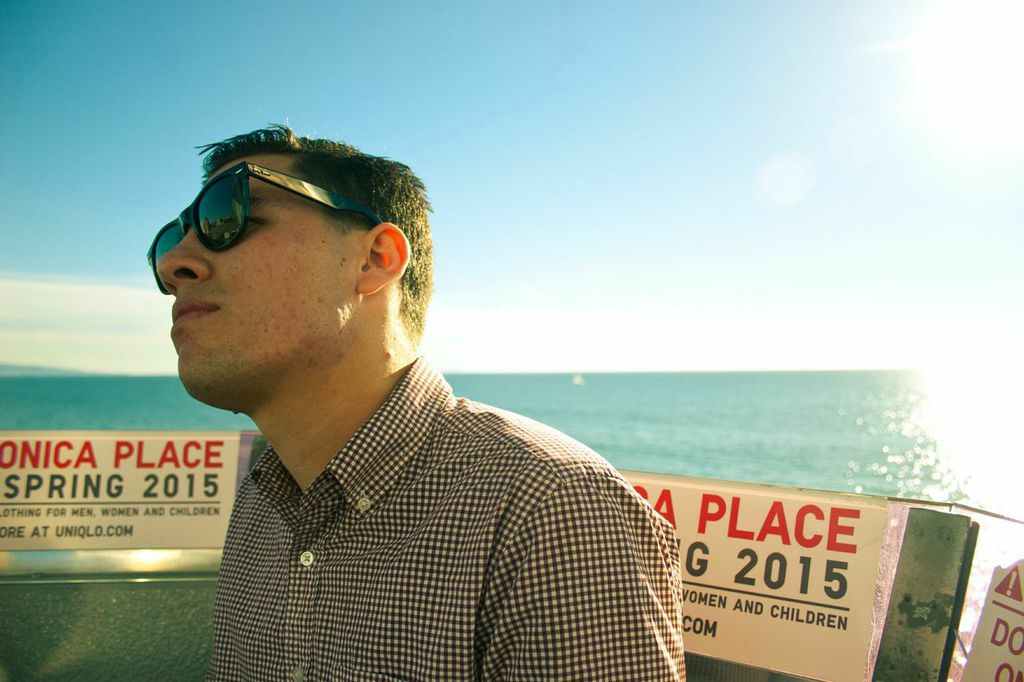 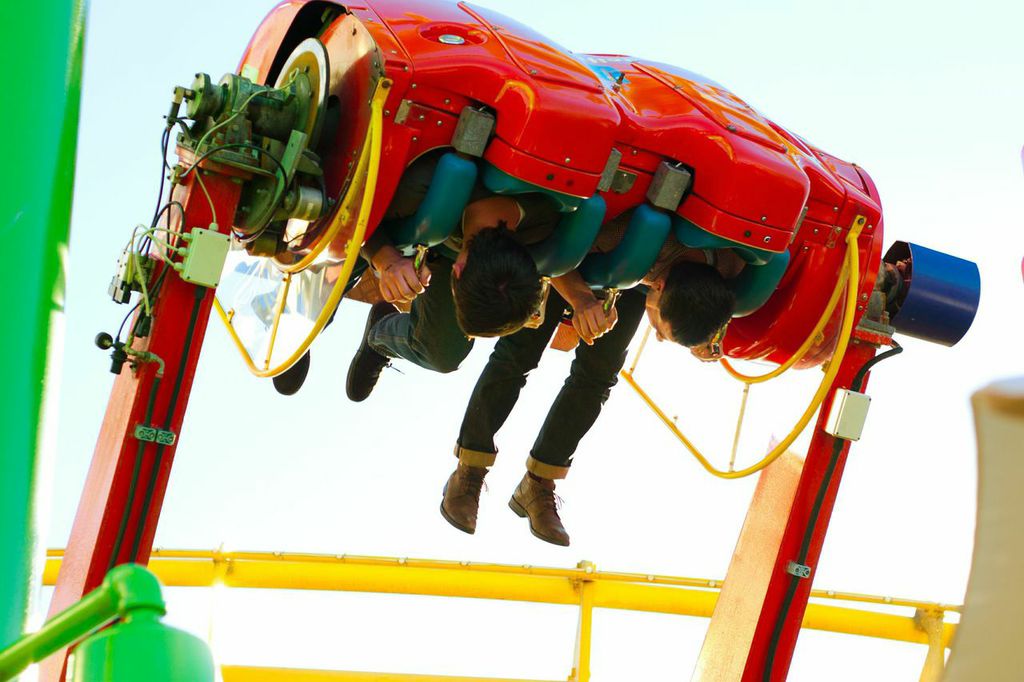 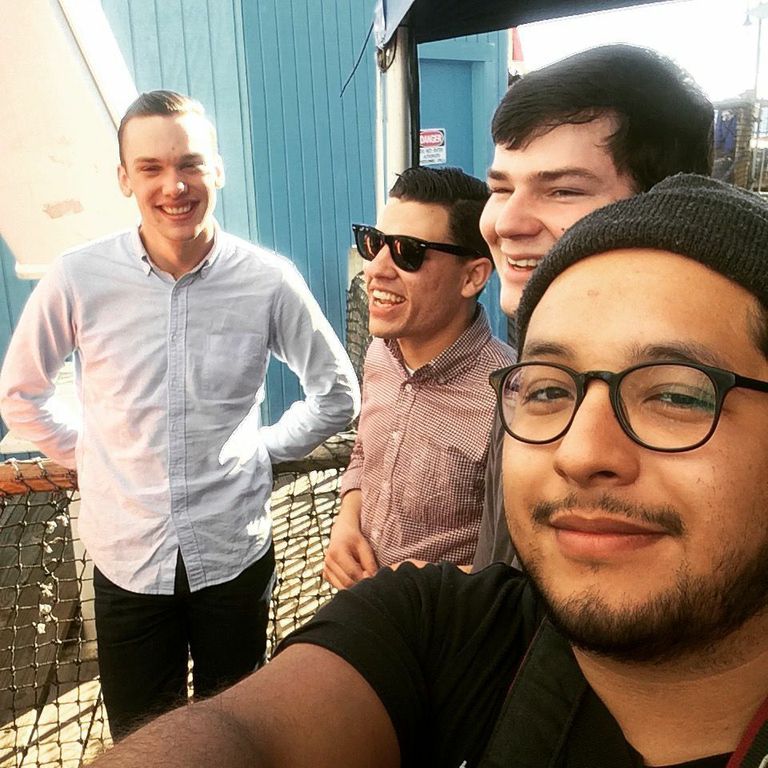 We made a detour over to the Santa Monica Pier cutting through mid-day Los Angeles traffic in the carpool lane. Once we got to the beach, we decided to walk past the sea of beautiful Santa Monica people and over to the carnival boardwalk area. The four of us got on a large ferris wheel looking over the entire beach in the company of a 5th passenger, an elderly man named Curtis. We got on the road for the hour ride to La Puente not thinking about afternoon LA traffic that extended our trip another hour and a half. We passed the time by daring each other to make suggestive gestures to the people driving next to us.

We arrived at Bridgetown DIY in La Puente an hour before the show was to start and had some greasy pizza at the restaurant next door. That night we pretty much just played to the staff, the opening band, and a handful of people. We were extremely fortunate to be able to crash at the venue and I’d like to thank Jess and Tyler for going above and beyond. 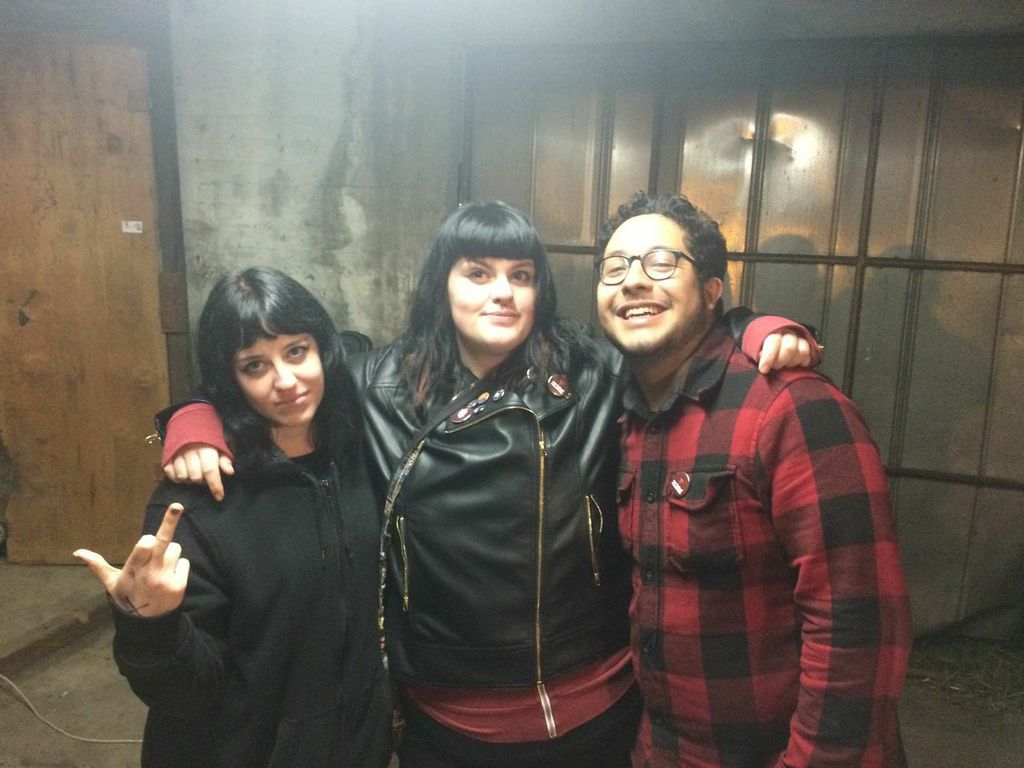 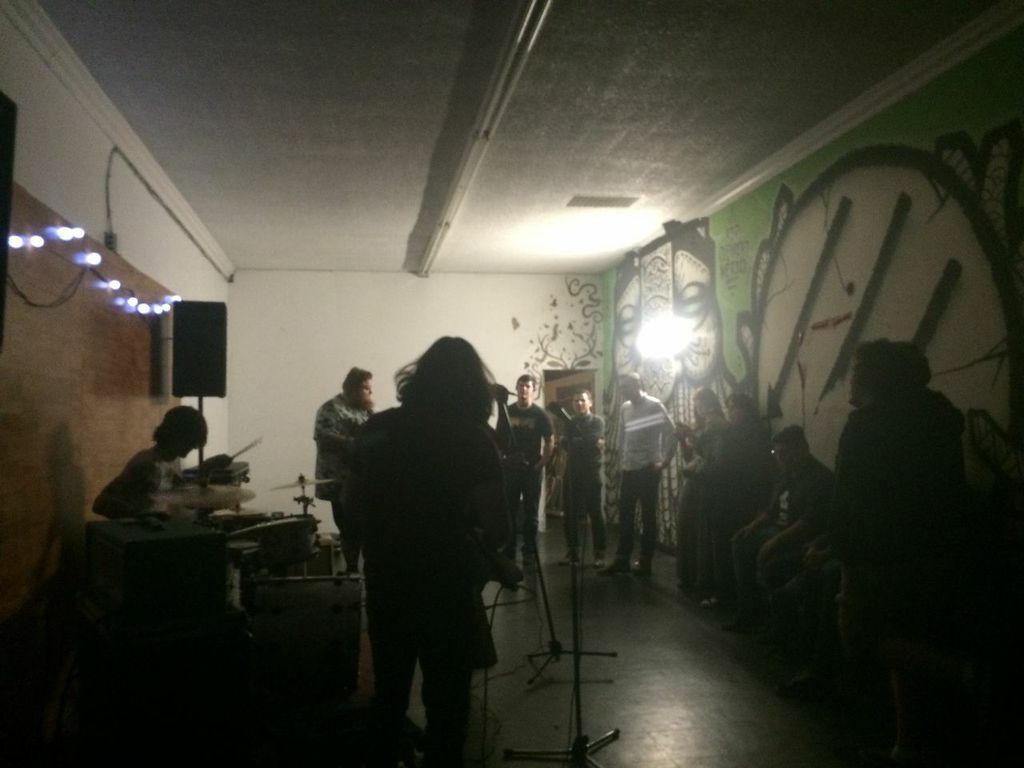 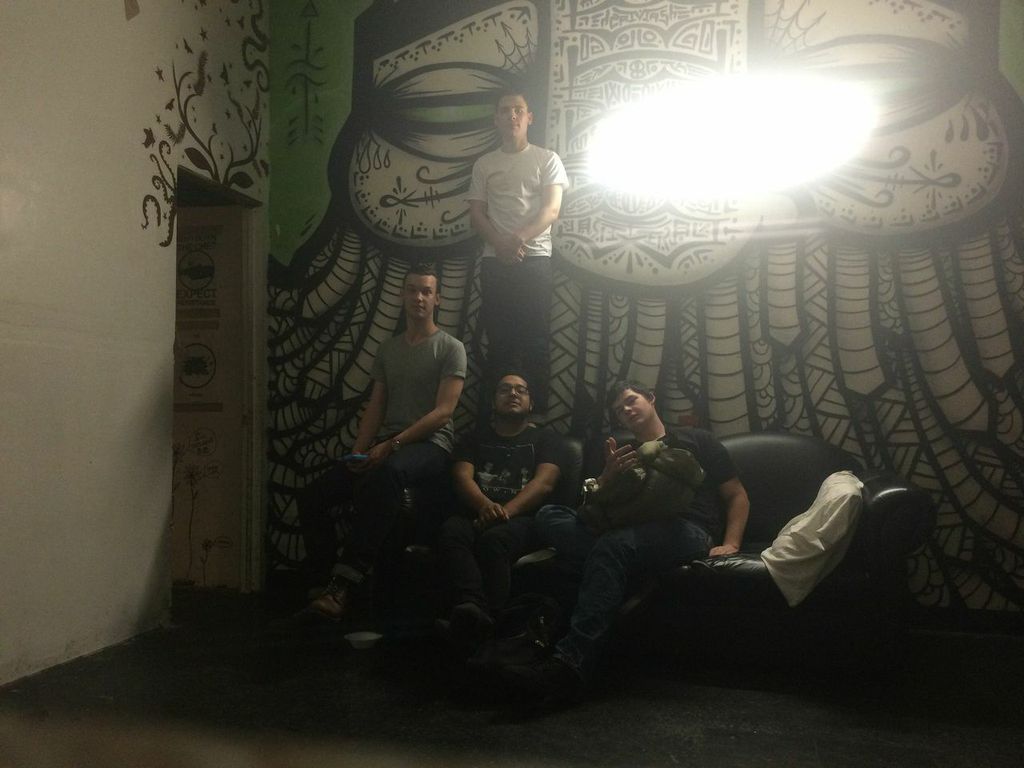 Saturday morning we got up and ready to head over to meet our tour mates VVomen at their hotel room in Ontario, CA to hang out for the day. Before we headed out, Josh our guitarist looked underneath the bathroom sink of the venue and thought he could fix the hot water pipe and suceeded (talk about DIY). We got to Ontario at around 11:30am and drove around looking for the hotel that VVomen stayed at but were ultimately unable to (more like we were tired of looking for them and needed a serious nap).

We spent the remainder of the day just running around at a park, throwing pine cones at each other, and climbing trees. For lunch we ate at a generically named indian restaurant (literally Taste of India or something) and gorged ourselves on an ocean of delicious food. Haden and I being the only ones in the band over 21, finished off a bottle and a half of free champagne.

That night we played outside a coffee shop in Rancho Cucamonga. Outdoor shows can usually be a trainwreck but our friends in the bands Their Wedding and Verdoux really hooked it up with a pristine sound set up and we had no issues.

That night we decided to drive 2 hours north on I-5 and stay at a Motel 6 at a truck stop in Buttonwillow, CA to sleep in real beds and take showers to get ourselves feeling like real human beings. 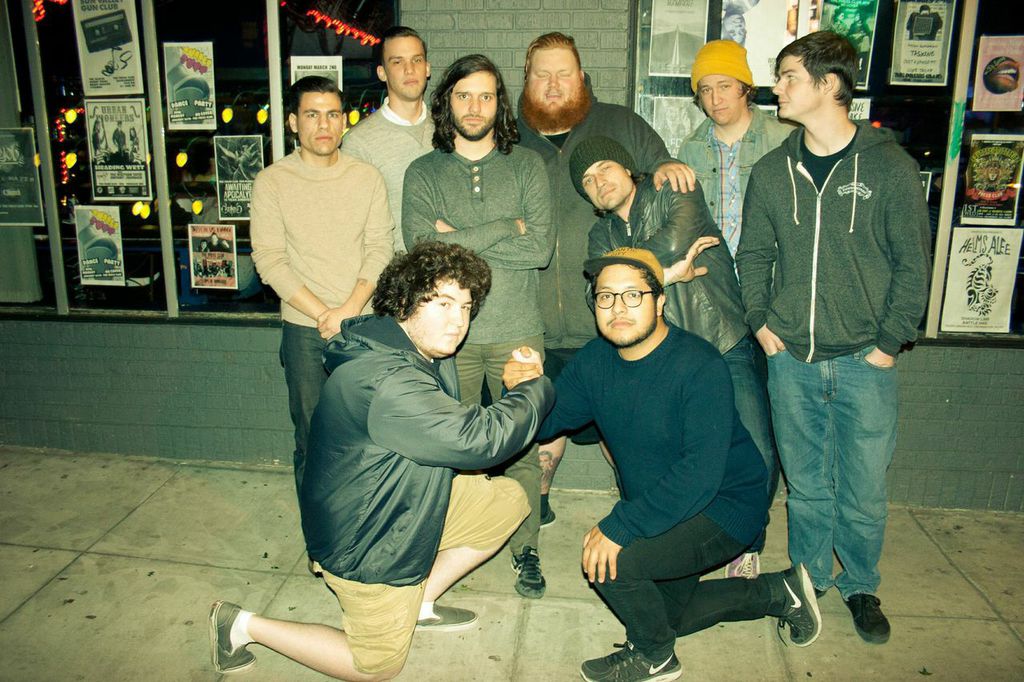 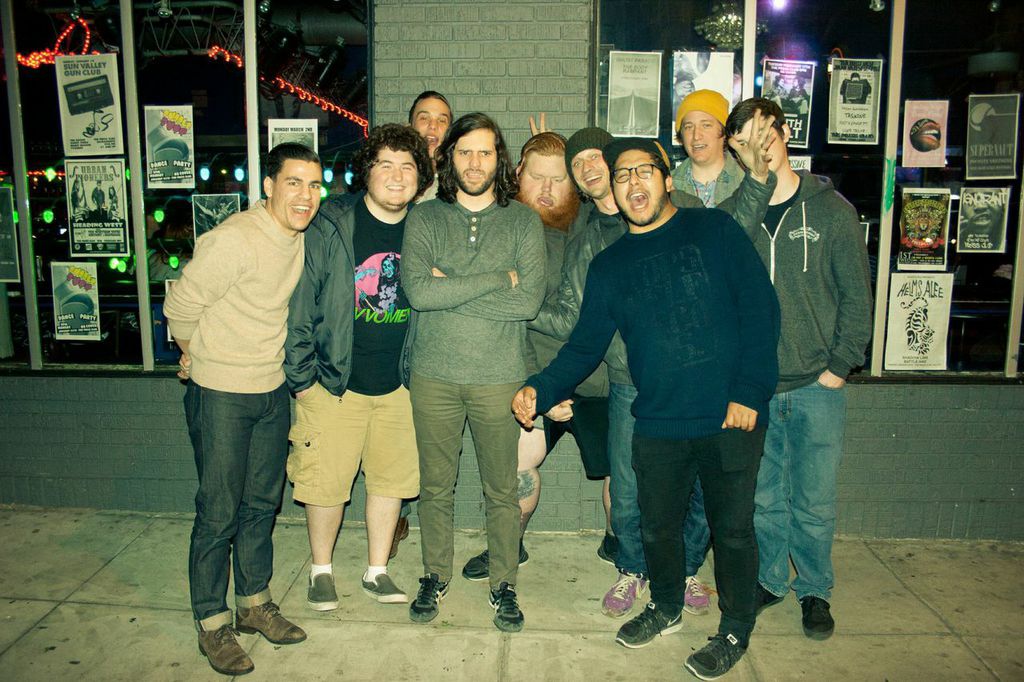 The last day of tour consisted mostly of us being extremely tired and driving up I-5 for our last night of tour with VVomen. We got to the venue that night an hour or so before any of the other bands and were pretty bummed to learn that the show was 21+. We were all ready to get home and sleep for 2 days straight but I’m really glad we stayed the whole time and spent time with the other bands playing that night. That night wasn’t just our end of tour hometown show but it was also the end of tour for Sun Valley Gun Club (from Sacramento) and The Hague (Portland, OR). Our set was well received at the crowded bar and we made some new friends after a couple of rounds of fireball whiskey. 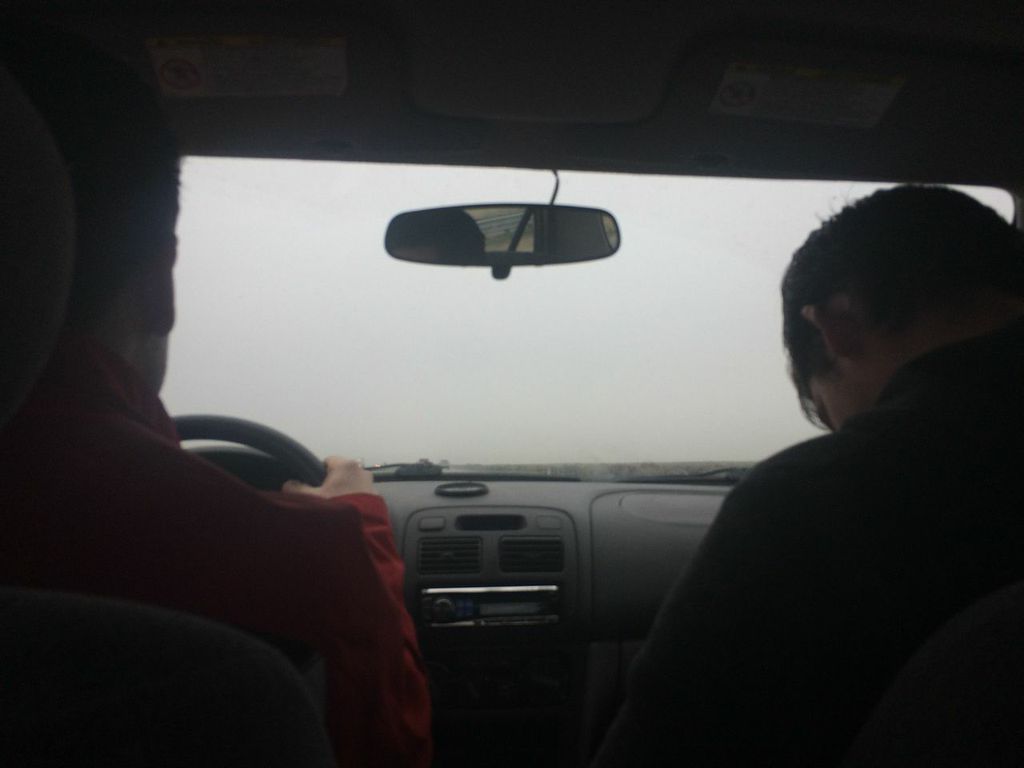 We all agreed that this weekend definitely stretched us as people. I was getting pretty irritable halfway through the trip because I was stressing out and had some annoying neck pain. I learned to kind of just relax and let things sort themselves out. We had some really great conversations and kind just shared a lot of personal experiences and life advice with each other making us feel closer as friends than we ever had. 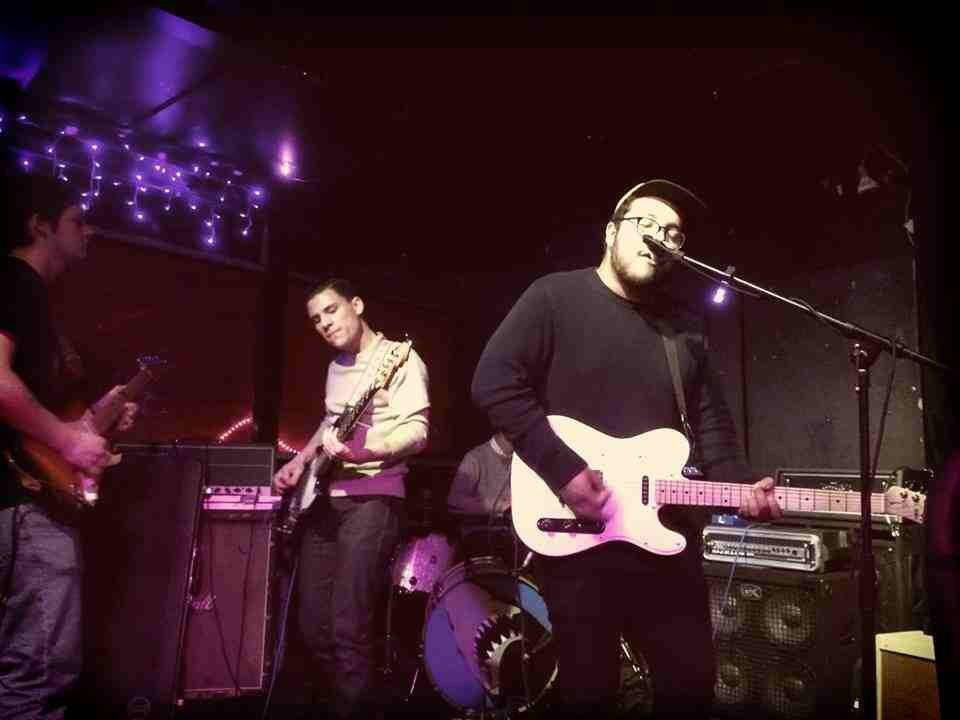 Brave Season are on to big things, we at circuit sweet are sincerly grateful for the band taking some time to take-over the site. We urge our readers to listen to the quartet and show them support following their social media. If they’re playing near you- go!