As Lions to play first ever live show‏ 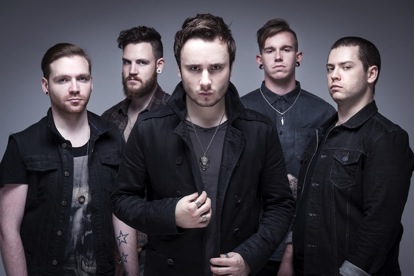 As Lions’ debut single ‘The Fall’ – available to download for free

From the ashes of Rise To Remain, Brit metallers As Lions have announced their debut show, and promise to bring nothing but their A-game. The band will rock up and unleash hell on awaiting fans at the Camden Barfly on Wednesday February 11th, with support from Monument, Stellify and Brutai.

This announcement comes just a week after the 5-piece unveiled their debut track ‘The Fall‘, a ferocious, no-holds-barred blast of melodic metal that has already racked up a hugely impressive 18,000 plays.

On ‘The Fall’, Austin Dickinson says: “’The Fall’ is a song seething with an energy and determination that I have never felt before. Coming off the back of our former projects, it would be far too easy to release something that ‘treads the water’. We wanted this one out there first because it has that crucial diversity that sets us apart, but at its heart has the anthemic core and the fleshed out heaviness that made me want to make music in the first place. It’s a direct, impassioned and honest statement of intent for our future. 2015 is the year that UK Rock breaks down even more walls, and we are here to help light that fuse.“

London’s Camden Barfly will be the perfect venue to experience the first taste of live action from the band. With an EP due out in Spring, and a debut album to be released later this year, make sure you can say you were there.

The UK has a new beast on its hands. As Lions have arrived.