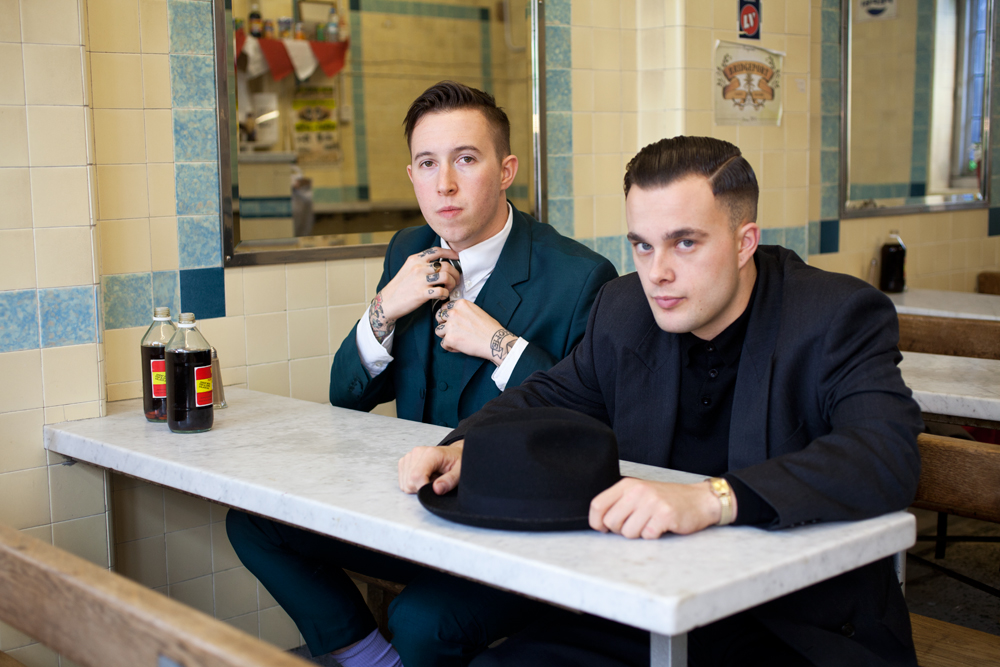 (Live At The Dalston Victoria)

Slaves unleash a live version of their next single “The Hunter”. The track pulls no punches and reinforces Slaves’ position as one of the most exciting new bands to emerge in the UK in years. Their fearsome, intense live show is something to behold and cannot be missed. They recently played a headline show at The Victoria in Dalston, which sold out in two hours.  The crowd went nuts, whilst the band gave a powerful performance with funny monologues between songs. The live video premiered on Q’s website earlier today as Track Of The Day and you can view it here

Slaves have been confirmed to appear on the prestigious NME Awards Tour 2015, joining Palma Violets, Fat White Family and Amazing Snakeheads. Being one of the highest profile tours in the UK, it will see Slaves play to some of the biggest crowds of their career. They join a select group of bands such as Franz Ferdinand, Florence And The Machine, Kaiser Chiefs and Coldplay to play the sought-after opening slot.

Slaves are Isaac Holman and Laurie Vincent and formed the band in Kent before heading to London. They offer an alternative to the dry and arid musical landscape.