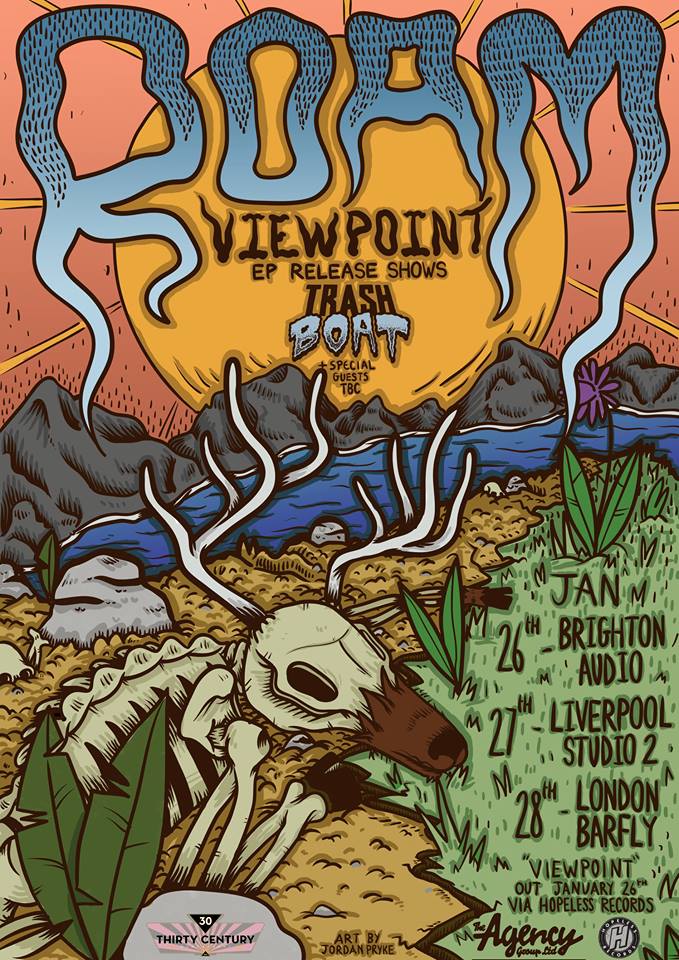 Eastbourne based pop-punk clan ROAM today announce they are to kick off 2015 by playing three shows in January to celebrate their new EP release (and debut release through Hopeless Records), with pals Trash Boat coming for the ride.

Guitarist and vocalist Alex Adam said, “We’re doing a few release shows around our favourite cities in support of our new EP ‘Viewpoint.’ We’re really excited to get the new songs into our live set and see how people react to them. We’re itching to get them out there and play them.”

Tickets go on sale 4th December at 9am from http://www.musicglue.com/roam

Also, following the band’s tour of Eastern Europe with Enter Shikari in October, they have released a documentary covering their journey driving 5500 miles to play shows as far from home as Istanbul and Athens (with and without lead frontman Alex Costello!!!):