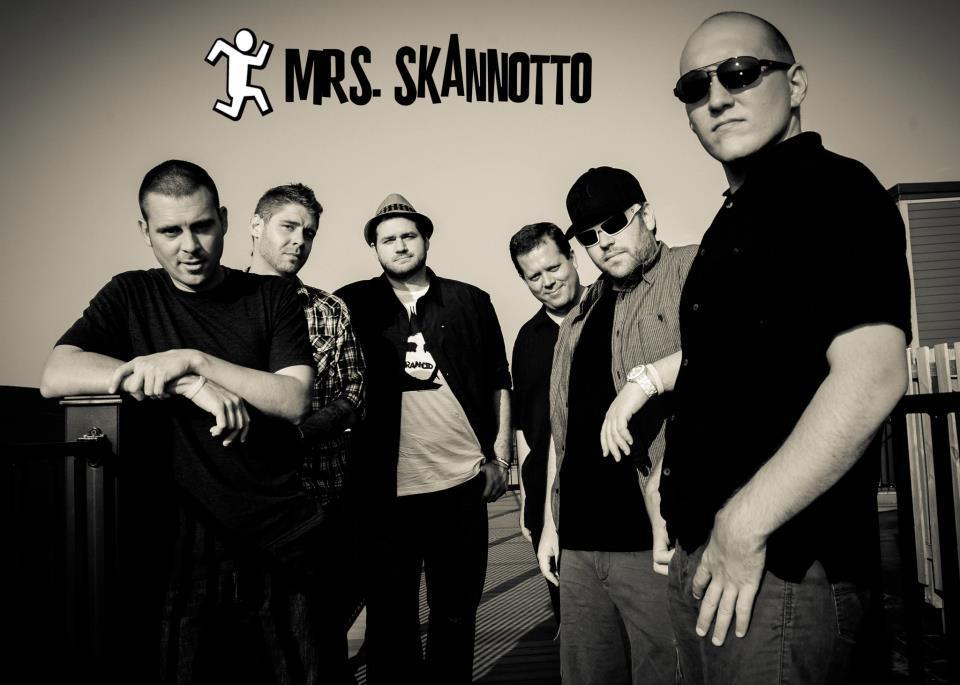 To celebrate the holidays, Mrs Skannatto have released a FREE sampler which includes 2 songs from the band’s 2014 LP, ‘Outlier’ (“Phantom Pain” and “Games Without Frontiers”), 1 song from 2013’s ‘All These Evolutions’ (“Free Speech Zone”) and a new, alternate (Blue Grass) recording of their song “I Don’t Care”, with an accompanying video.

The FREE Sampler can be downloaded here.

Mrs. Skannotto will also play a series of holiday shows this month.See dates below.

Their music is an exploration of divergent musical genres that ultimately delivers an original and intriguing sound. Their new album explodes as the smooth yet powerful vocals blend with ambitious guitar grooves and the dramatic drums, bass, and horns drive the tracks’ rhythmic energy and clever lyrics, making you think and then dance … and then hit the play button over and over again.

What others are saying about Mrs. Skannotto:

“…an exciting, fast-paced and extremely compelling album. Ska-punk may not be a genre that’s considered ‘cool’ anymore, but Mrs. Skannotto have made one of the coolest uncool albums you’re likely to hear all year.”- Indulge-Sound

“”Outlier” has something for everyone who likes it raucous, rowdy and fun. I dare you to try and sit still while listening to this one.”- Rochester City Newspaper