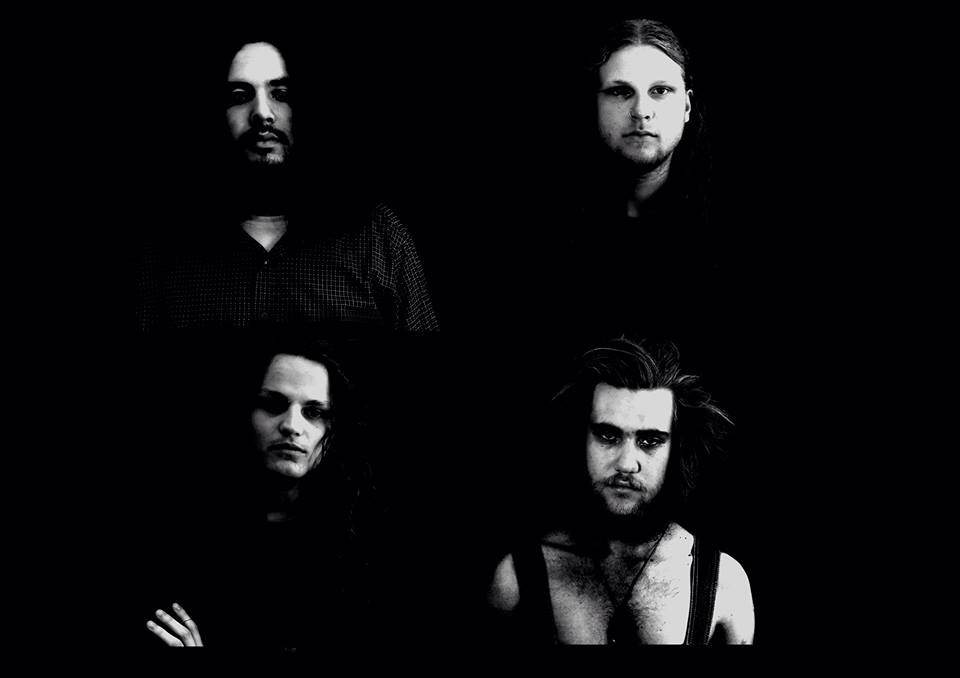 MAGNETIC EYE RECORDS Announce Signing of Doom Quartet HORSEHUNTER | New Album out March 2015
Hear ‘Stoned To Death’ via Decibel Magazine and download for free here
“Having shared the stage with legends High On Fire, Conan and Windhand, Melbourne four-piece Horsehunter are inarguably the most sought after and exciting young doom band in the country.”
The AU. Review

“If you are a fan of Sleep, Neurosis and Shrinebuilder then prepare to worship the new masters of the riff. As this album is going to blow you away.”
The Sludgelord

“After you hear Caged In Flesh by Horsehunter one time, you’ll be hitting replay all day.”
CVLT Nation

Magnetic Eye Records is thrilled to announce the signing of Horsehunter; one of the Southern Hemisphere’s heaviest and most eagerly anticipated doom exports of 2015.

The news crowns a remarkable year for the band and one that has seen them share stages with the likes of High On Fire, Conan and Windhand, and harvest fans from all four corners of the globe through a growing, almost cult-like stir of online worship. In fact news of their signing might come as little revelation to those already baptised and burnt by the fire of Caged In Flesh, the Australian quartet’s impressive self-released debut album.

“After one listen we recognized it for what it is. It’s a masterpiece,” explains MER owner Mike Vitali. “Hands down it’s one of the most exciting albums of 2015 and we’re looking forward to making sure the double gatefold vinyl is above and beyond visually stunning.”

Canned, scrapped, rewritten and rerecorded numerous times by the band over an obsessive two-year period, the darkly lyrical and brutally heavy compositions of Caged In Flesh embody Horsehunter’s perverse and maniacal precision as a band. A testament in four parts to the psychedelic power and glory of Shrinebuilder, Neurosis and Sleep, the latter of whom join Horsehunter this month as part of a sold-out show at the Corner Hotel in Melbourne, Australia.

To celebrate the official worldwide release of Caged In Flesh on 10th March 2015, Magnetic Eye Records and Horsehunter are honoured to bring you the sixteen-minute opus ‘Stoned To Death’, available as a free download via Decibel Magazine (www.decibelmagazine.com)

MER is an American record label based in Albany New York best known for its numerous recordings in the styles of Rock, Metal, Stoner, Doom, Hip Hop, Ambient, and Avant-Garde. To date it has released recordings by Akuma, Ironweed, Summoner, Claymation, The Glorious Rebellion, The Phuss, Superchief, Echoes and Signals, Younity, Origami Horses, GirlsOnDrugs and I Am Become Death.