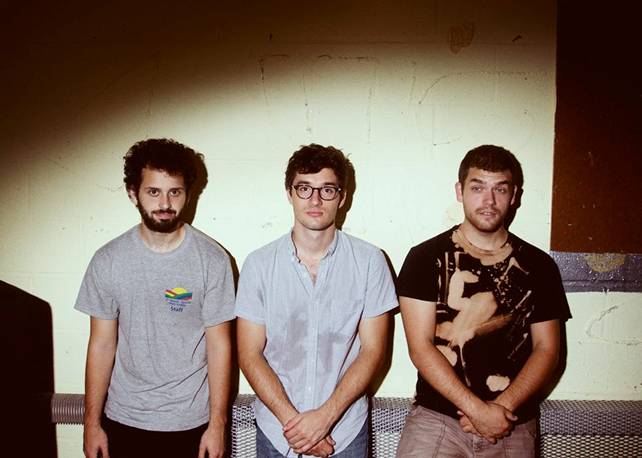 Boston’s Krill announce the release of their forthcoming album A Distant Fist Unclenching, due February 16th via Steak Club. Recorded with Justin Pizzoferrato (Dinosaur Jr, Sonic Youth, Speedy Ortiz), the album is their most ambitious body of work and true progression of their sound.

Where previous album Lucky Leaves dealt with the absolute authority of self-hatred, A Distant Fist Unclenching has wider spectrum of themes. Singer/bassist Jonah Furman says: “We were trying to somehow rise above the questions of “Am I good or bad? Do I deserve love or hatred?” and think about what underlies those questions. The fist unclenches, something happens after pain, anger and anxiety”.

Without losing the idiosyncratic nature of earlier recordings, Krill have consciously refined their sound. Despite the clear attention to detail throughout A Distant Fist Unclenching, the album remains lyrically compelling, complex, unusual and full of the fervent intensity of their earlier work – underpinned by Jonah’s unpredictable vocal nuances, which range from a fragile whisper to a manic bark.

Opener ‘Phantom’ frames the album, shedding light on its themes and whilst displaying the bands penchant for unusual song structures. The band take this further with tracks like ‘Tiger’ – seven minutes of repetitive, loping thoughts on violence, pain and the ways we come to interpret them.  ‘Torturer’, a track often introduced live as “the devils journal entry on his first day in hell” is now available to stream via [link]. Closing with the heart-wrenching ‘It Ends’, A Distant Fist Unclenching is thematically dense, yet perhaps the bands most accessible and diverse record yet.