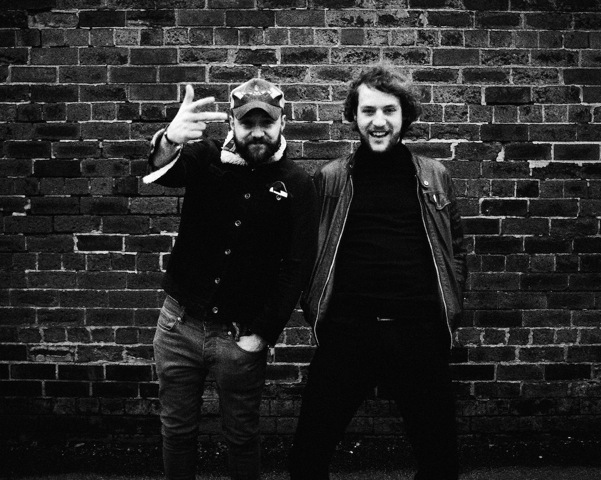 “If you’re a fan of Jack White, Arctic Monkeys or Royal Blood, then you may well love Knuckle” – Gigwise
“Intoxicating riffs likely to leave every Black Keys fan on their knees begging for new material” – Under The Gun
“A strain of heavy blues tinged with flair and creativity” – Drunkenwerewolf
“Emotive blues delivered with a side order of warm, energizing, fuzzy guitar riffs” – Glasswerk
“Black Sabbath’s wail, Zeppelin’s huge wall of guitars and The Doors’ sense of Jazz noodling” – ListenWithMonger
“Explosive blues at an electrifying pace” – Counterfeit Magazine
“Excitingly raw, scorched-earth rock with a hint of blues and surf” – Leeds Music Scene

Huddersfield, UK garage blues duo KNUCKLE are already picking up a steady stream of praise from a hefty swathe of the blogosphere surrounding the recent release of their debut EP ‘This Week’s Been Hell’ – buy the EP digitally here or on limited edition 12″ vinyl here.

To celebrate the release, the band have just revealed a video for EP track ‘Bad Brains’ and announced a short run of winter tour dates in their native UK – you can check them out in full below.

The two piece, consisting of drummer Ben Wallbanks and guitarist Jonny Firth, deal in a particularly retro sounding brand of filthy garage blues recently been self-described as “The Black Keys on crack”. In reality, the lightning fast and intricate drumming style of Wallbanks melds into a delicious audio soup with Firth’s emotive blues lyrics and engaging vocal range, delivered with a side order of warm, energizing, fuzzy guitar riffs.

Knuckle are already gaining a reputation for explosive live sets and the artistic freedom of their compositions with a fondness for playing as loud as possible. Their creativity, flair and heavy blues style has seen them play support slots with Little Barrie and Holy Mountain as well as London shows at The Old Blue Last (Shoreditch) and Birthdays (Dalston).