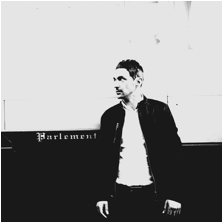 “…They’ve got ‘Blood’, which starts with a sleazy riff before becoming oh so much more.” – Supajam

Spanish based noise-rock band Parlement have arrived after spending several years behind the scenes harnessing their craft for the larger stage. Parlement consists of Stefan, Javi, Raúl and Carlos and are a blend between Dinosuar Jr, The Breeders and Galaxie 500.

The band originally started out as a personal project of Stefan Robert until he and Raúl became recording buddies at a small recording studio in Almería, Spain.  Robert insisted on involving other musicians as well, which led to the both Parra and Bueno playing lead and bass guitar.

Blood is the debut single. It’s a noise rock influenced track featuring a heavy guitar, soaring drumbeat and minimal lyrics and a driving beat.  The song, while typically melodic, is a high volume track that is saturated with guitar sound and distortion, and frequently punctuated by fluent guitar solos.

Blood is a great addition to the modern noise rock family tree and is taken from Parlement’s forthcoming album that is expected to drop spring 2015. The single Blood will be available for download on 12th January 2015.