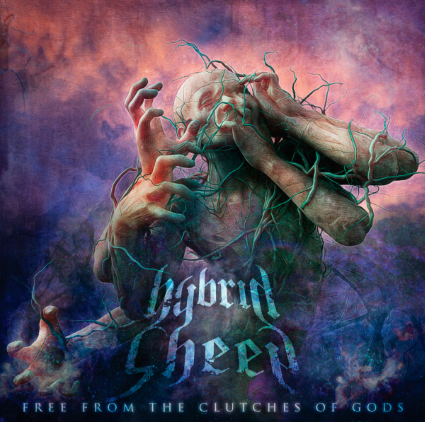 Hailing from France, Hybrid Sheep plays an aggressive mix of modern death metal with heavy-metal and hardcore elements.  The band blends the crushing technicality and heavy, aggressive grooves of acts like The Black Dahlia Murder and Job For A Cowboy with blistering NWOBHM-esque harmonic leads and crushing breakdowns.
Formed in 2008 by long-time friends Alexis, André, Jordan, Max and Arnaud, Hybrid Sheep didn’t wasted too much time and quickly recorded their first EP “Dommages Collatéraux” in the following year. The EP garnered some attention for the band within the French underground scene as well as helped them get some shows in their home-country and Switzerland.

In 2012, Hybrid Sheep recorded their second EP “Hymne à la Déchéance” and played more and more shows.
Now in 2014, the band is excited to unleash their first full-length album “Free From The Clutches Of Gods” to the world, a remarkable testament to the band’s killer virtuosity and refined song-writing skills.