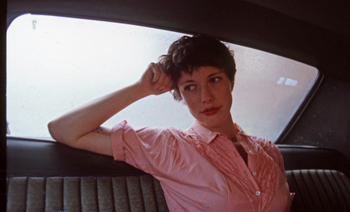 New Single ‘What Do You Call A Woman?’

Denver singer songwriter Esmé Patterson has unveiled a new single – ‘What Do You Call A Woman?’ – to be released on 2nd February 2015 through Xtra Mile Recordings.

It is taken from the forthcoming album ‘Woman to Woman’ – a unique and inspirational record where she writes from the point of view of women immortalised in popular songs over the years. ‘What Do You Call A Woman?’ is a response to the classic Michael Jackson hit ‘Billie Jean’.

Esmé explains, “Michael Jackson’s song ‘Billie Jean’ had always really bothered me. It’s this slick pop hit by an artist that people worship, in which he literally says “the kid is not my son,” even though he admits “his eyes were like mine,” and he admits he followed her to her room, tacitly confirming they had slept together. And I was wondering how this woman would feel, how angry and abandoned.”

‘Woman to Woman’ sees Esmé tackle the perceptions of Dolly Parton’s ‘Jolene’, The Beach Boys’ ‘Caroline, No’, The Beatles’ ‘Eleanor Rigby and more, in what is a beautifully constructed, thought provoking album. It is her second solo album and is to be released through Xtra Mile Recordings worldwide (ex. North America) on 2nd February 2015.

Patterson also appears on several tracks on the new Shakey Graves album one of which ‘Dearly Departed’ has received over five million plays on Spotify and she appeared with him on the Conan O’Brien show in the US.

Pre-order now and receive both ‘What Do You Call A Woman?’ and ‘The Glow’ as instant grats: