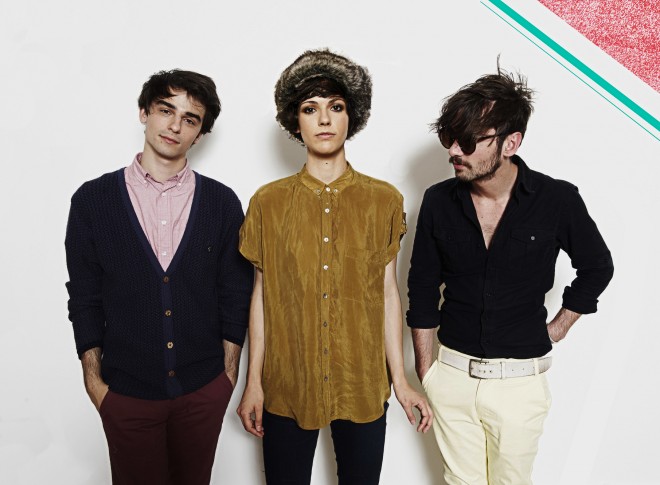 WE WERE EVERGREEN RELEASES NEW VIDEO “DAUGHTERS,”
DEBUT ALBUM “TOWARDS” ON DECEMBER 2nd VIA MINTY FRESH

“The production here is immaculate, and the list of instruments that make of the sound is genuinely daunting”
-Drowned in Sound

Minty Fresh will release We Were Evergreen’s debut album “Towards” on December 2nd, with the addition of 3 bonus tracks. Produced by Charlie Andrew (Alt-J, Darwin Deez, Matt Corby), “Towards” is sure to get you up and dancing. The French band’s music has been influenced by their move to London a few years back. You can hear this fusion of the two countries in the way they weave English folk with French pop and disco. We Were Evergreen describes their sound as “indie poptronica with equatorial rhythm loops and vocal harmonies.” The band is: Michael Liot (guitar, vocals), Fabienne Débarre (piano, vocals), and William Serfass (drums).

We Were Evergreen explains the title of the album: “We have evolved in the process of making this first album, which is why it is called ‘Towards.’ It is about going somewhere, anywhere, even if the direction doesn’t make sense. It is about movement versus stillness, body versus mind, personal mythology versus collective memory.”