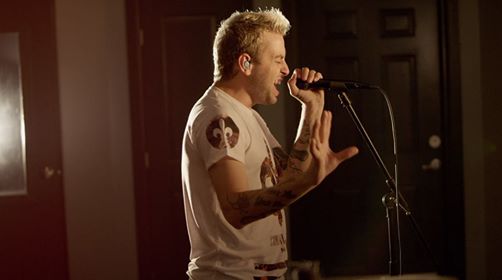 The opening track from Fearless Records’ forthcoming new volume of the Punk Goes Pop series is a cover of Paramore’s ‘Ain’t It Fun’, as interpreted by Tyler Carter of Issues and Luke Holland who’s the drummer in The Word Alive. Luke says “Tyler asked me to do the track with him. We’ve done collaborations in the process, & the combination works. Recording was simple; I tracked drums in about an hour first, then Tyler did vocals afterwards. We just vibed off of each other.” The choice, both of the track and of Luke to collab with, was easy for Tyler – “I chose Ain’t It Fun to cover because it’s such a timeless song to me right now. I can’t get it out of my head and with the soul that went into that song, and the tempo and groove I felt like Luke and I would be able to do what we do best. I hope people don’t mind my rendition in how it alters some of the feel of the song, I just want to express it in the way it makes me feel.“

Set for release on November 17th, the pre-order options for Punk Goes Pop Vol. 6 are available at www.PunkGoes.com. This site will also play host to a Google + hangout with State Champs, Knuckle Puck and Set It Off on Thursday night at midnight GMT.

Fearless Records also joined forces with avid YouTube star, Jarrod Alonge to put his comedic touch on the Punk Goes Pop Vol. 6 announcement, featuring an appearance from We Came As Romans. Check out his video below.

How To Get on Punk Goes Pop (VOL. 6 ANNOUNCEMENT)