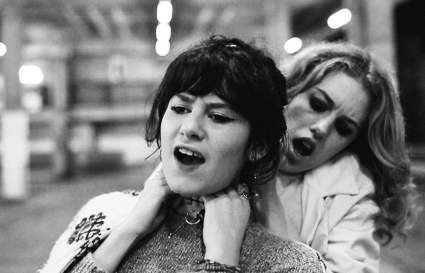 Melodic explorer, Postcards From Jeff releases Veronica.  The eponymous Femme Fatale first emerged from a writing session in the multi-instrumentalist and producer’s studio, located in the bleak moors between Leeds and Manchester.  Personifying a hyperreal yet impossible idea of femininity, of the kind portrayed by directors such as David Lynch and Alfred Hitchcock, Veronica is an exploration of the archetype rather than a condemnation or affirmation.

Musically, Postcards From Jeff seamlessly blends together far flung folk, electronica, country, krautrock and pop through a sonically curious adventure owing as much of a debt to Weilheim band The Notwist as to Ohio’s The National or even as far as Canada by taking inspiration from Neil Young.  With praise and plays from the likes of John Peel and Steve Lamacq behind him, Postcards From Jeff’s musically inquisitive mind comes with a newfound confidence, as he looks forward to releasing his debut album in spring 2015.

‘Veronica’, the free to download single, gives us an indication of the themes explored in this highly anticipated debut.

“The idea of projection is running through the album.” Postcards From Jeff explains. “We’re influenced by the bombardment of aspirational images that come at us from all angles, giving us distorted perceptions of other peoples lives via film, television and social media. Ideas form; we see what we supposedly need to do to get ahead. I guess we can all be guilty of presenting heightened versions of ourselves to some extent and why wouldn’t we? Especially when that’s beneficial to our lives, but obviously there are some people who take that to very scary places/  I guess I’m always fascinated by people like that. I never really like to condemn anyone, I just like to ponder where they’re coming from…”