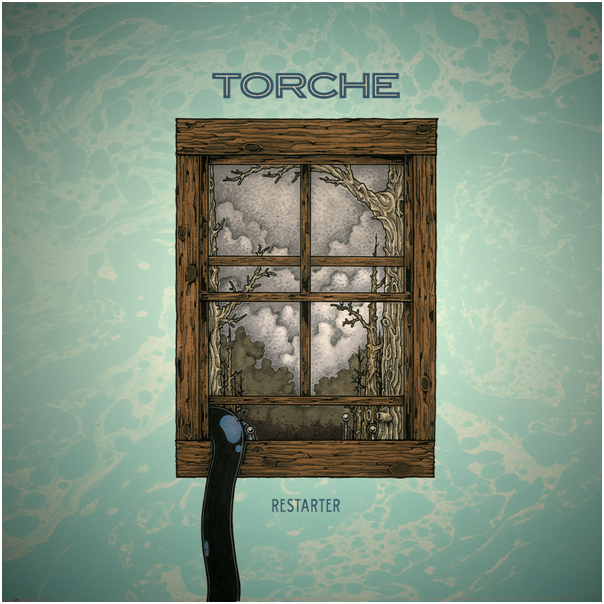 www.facebook.com/torcheofficial  | www.torchemusic.com
Torche, the Florida/Georgia-based band the Village Voice dubbed “the legitimate sons of a union between Hüsker Dü and the Melvins,” release their Relapse Records’ debut, Restarter, on 23rd February 2015.

In an in-studio piece with Rolling Stone magazine, bass player Jonathan Nuñez said the quartet began working on the ten song album in November of 2013 and finished recording in the spring of this year. Nuñez said: “The music is like what we do: very driving, very heavy on the toms, real pounding rhythm section, the guitars are just nonstop, but with a melodic twist. Then the vocals come in and it’s this whole Psychedelic Furs – and maybe Guided By Voices – phrasing.”

The cover art for Restarter was done by Santos (Kylesa, High On Fire).

Torche’s most recent release, 2012’s Harmonicraft was hailed as “a true game-changer” by the BBC while CMJ said it “isn’t just the best Torche release: It’s a contender for one of the best loud rock releases of the year.”  The band’s 2008 release, Meanderthal, was Decibel Magazine’s album of the year and Pitchfork dubbed the band “fine purveyors of metallic sludge.”

Having recently wrapped up a trek to Australia and New Zealand, Torche announce a 2015 European outing, beginning May 22nd.