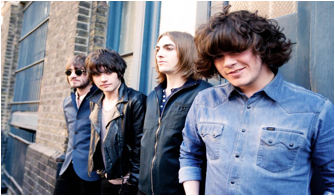 The View have announced that they are currently recording their 5th studio album which is being produced by Albert Hammond Jr & Gus Oberg (The Strokes), released on Cooking Vinyl in Spring 2015.

Says Kyle Falconer of The View  “I would say that this is the closest sounding to our debut (Mercury Nominated) album ‘Hats Off To The Buskers’ …We’ve kept this album quite raw whilst recording so that we will have the ability to play it live as well, if not better, as it sounds on the record.”

To pre-order the album and tickets for the tour go to http://po.st/TheViewPledgeMusic