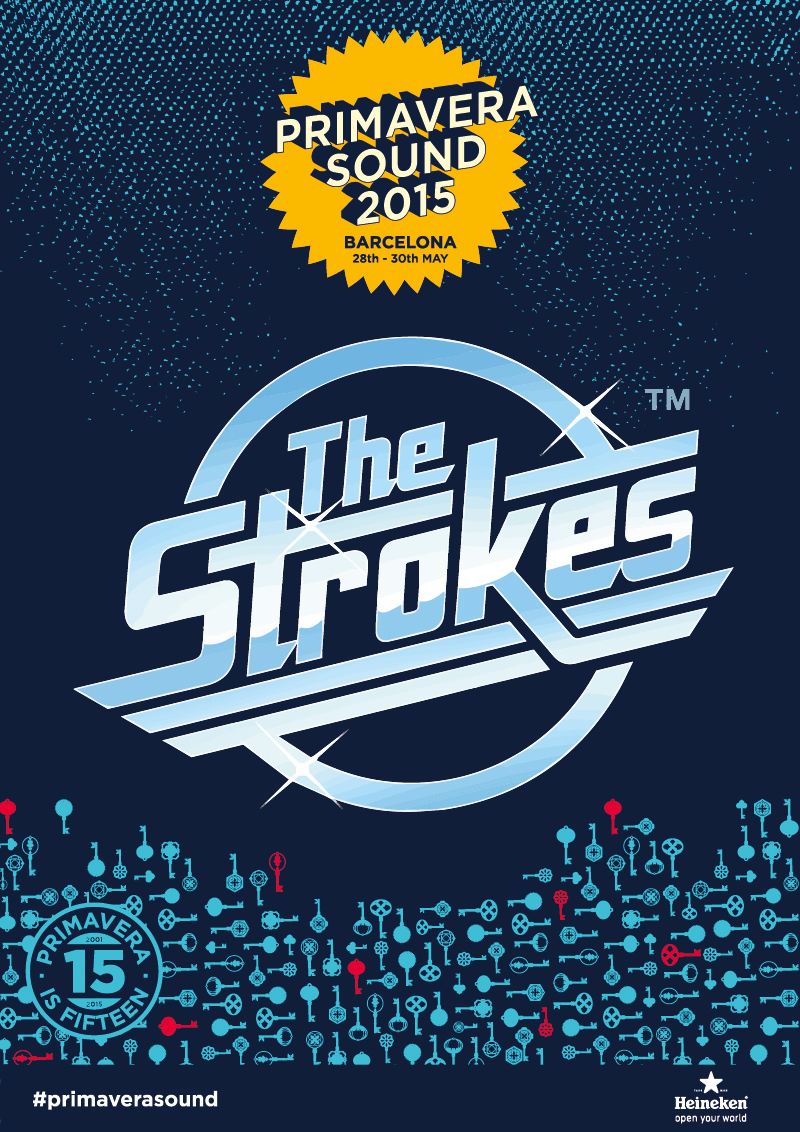 The Strokes are the first band to be confirmed for Primavera Sound 2015 that will take place from the 28th to 30th May on its usual site Parc del Fòrum in Barcelona. Yesterday the organization and Heineken, who will for the third consecutive year be the festival’s main sponsor, caught us off our guard once again with the unannounced appearance of a huge advertising hoarding, this time on the emblematic Passeig del Born in the Catalan capital, bearing the unmistakeable logo of the New York band. The fact that Primavera Sound is behind this impressive canvas was only revealed at nightfall using ultraviolet light after a day rich in speculation

The first edition of the event took place in 2001, the year that also saw the release of “Is This It” the debut album of the band which, at the beginning of the last decade, put rock back onto the covers of music magazines and prepared the ground for a great number of bands from both sides of the Atlantic who have followed in their footsteps.

The quintet formed by Julian Casablancas, Albert Hammond Jr., Nikolai Fraiture, Nick Valensi and Fabrizio Moretti have released a total of five albums to date and have become one of the most significant references of alternative music of the last twenty years.

The full festival ticket for Primavera Sound 2015 in Barcelona is on sale at the price of 145€ until the 14th November. From the 15th the price will be 160€.