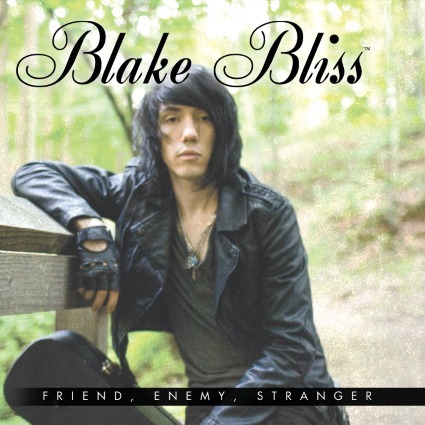 Standby Records has announced a new division of the label called STANDBY STORYTELLERS which focuses primarily on solo artists/singer-songwriters, allowing them to explore their creativity though music, poetry, custom merch, inspirational videos and much more.

The label launches this week with the release of ‘Friend, Enemy, Stranger’, the debut LP from Toronto, ON singer-songwriter and author Blake Bliss.

Blake tells fans: “This record feels like the beginning of an amazing journey – I am so utterly grateful for the opportunity. Thank-you for supporting my music, and most of all, being part of my life.”

At their core, musicians are simply storytellers with a creative energy that needs a release. While most times, we relate that need to freely express themselves to recorded songs, that’s hardly where it stops for those truly gifted with ideas that far outstretch the common thoughts of creativity. Yet, for most of these artists, they have no place to fully express their artistic vision. That is, until now. Introducing STANDBY STORYTELLERS.

A division of Standby Records, who has discovered musical visionaries like Black Veil Brides, Farewell, My Love and The Relapse Symphony, STANDBY STORYTELLERS widens the pipeline for new artists to fully explore the creative vision they have and want to share with the world. Focused on the worlds of poetry, painting, books and other artistic expression as well as music, the artists signed with STANDBY STORYTELLERS will be living proof that art is anything but dead in the 21st Century. The world may have devolved creatively into a world of 140 characters, but that doesn’t mean the sheer beauty of expressive genius has to be diluted along with it. To the contrary, STANDBY STORYTELLERS acts a pipeline between expression and the audience that wants so desperately to find it. That pipeline is now open for public consumption.