Thanks to Jools Holland Slaves are getting a mainstream buzz. Part rockabilly, part garage punk, part urban stortytelling in a (more self-aware) Streets vein – they have a good chance of being the next big two-piece thing. But could they bring it on a wet Sunday evening, far from the bright lights of the more fashionable end of the live music circuit? Well, yes. Yes they could.

First though, openers and local heroes Angry Lennox had a lot going on: intelligent 90s proto-emo (think Dinosaur Junior at their catchiest) with the odd melodic hardcore flourish, all driven along by a Mayan warrior priest on drums. Percussion was a feature of this bill. And this was a life-affirmingly rock solid foundation for the evening that raised an appreciative smile, and pleased the sizeable home crowd. 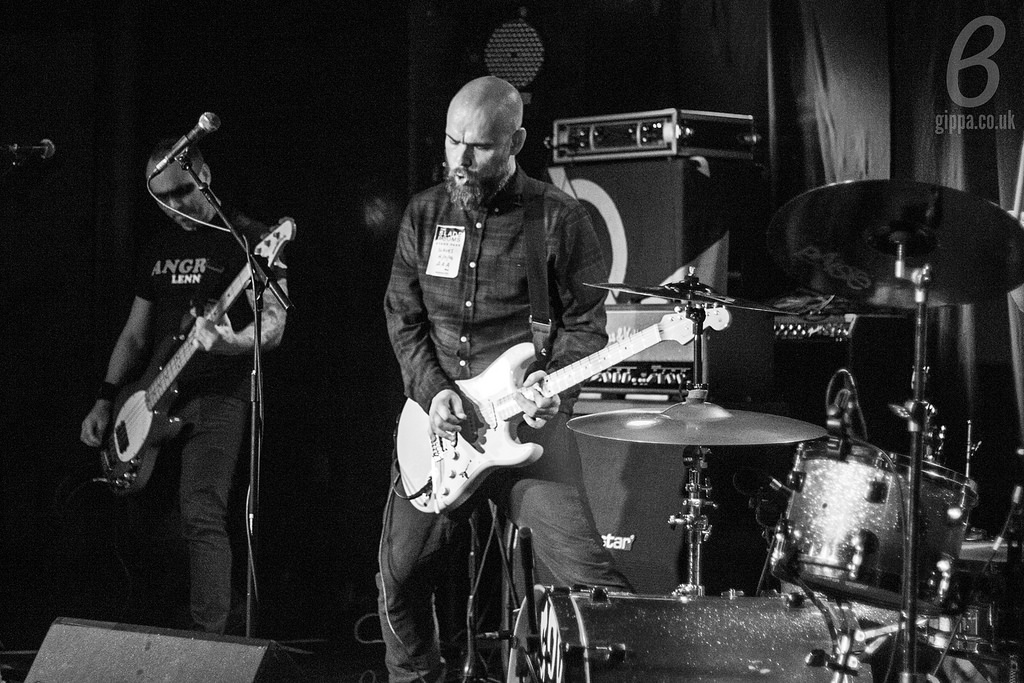 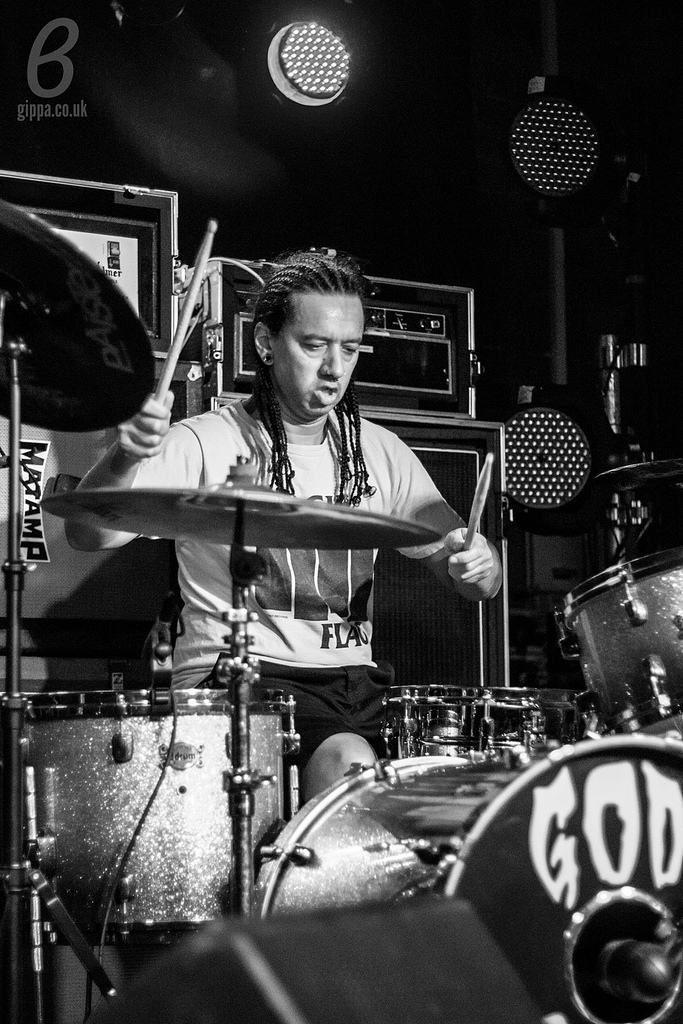 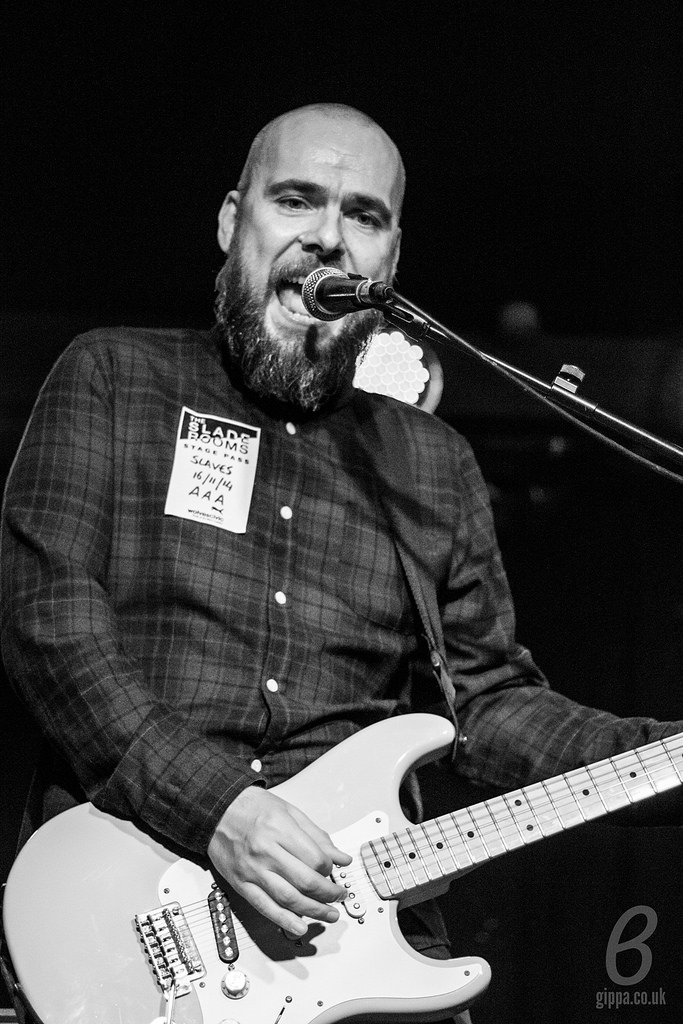 God Damn are also getting some substantial music industry sniffing, apparently – they’re the non-pop, ultra-heavy Royal Blood, to loosely paraphrase the dear old NME. With national tour support slots for Pulled Apart By Horses, Turbo Wolf and Hawk Eyes to name but a few under their belts – and some snappy videos available on that youtube – this hairy experiment with decibels duly grooved deep, fuzzed like Mudhoney at their fuzziest and generally loosened the bowels with gleeful intent.

The shockwave these two human beings produce has to be experienced first-hand, and the prime mover in this musical equivalent of aerial carpet bombing is their drummer, Ash Weaver. This singular unit, who in the sweaty flesh evokes a cross between Animal out the muppets and a bricklayer’s apprentice circa 1971 (i.e. my dad aged 17), honestly and sincerely channels the spirit of John Bonham like no-one else currently sat on a stool hitting things with sticks. Combining eardrum imploding brute force with a somehow hard-wired and irrepressible sense of swing, you could watch this man at work all night and never get bored. But you’d probably be deaf or hearing white noise for a week if you did. Tectonic stuff. 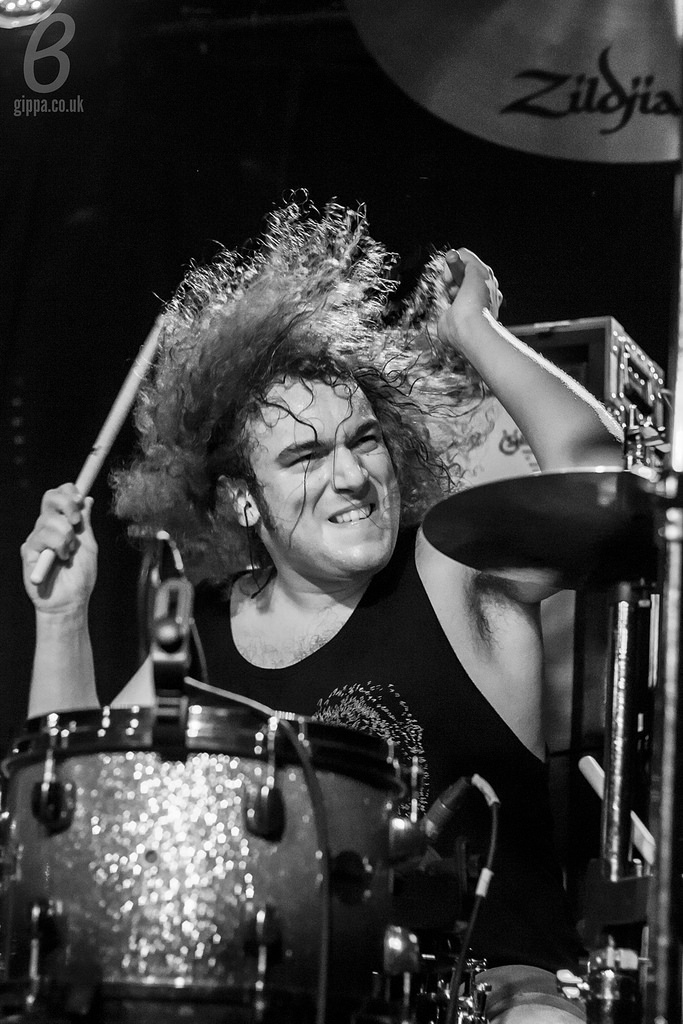 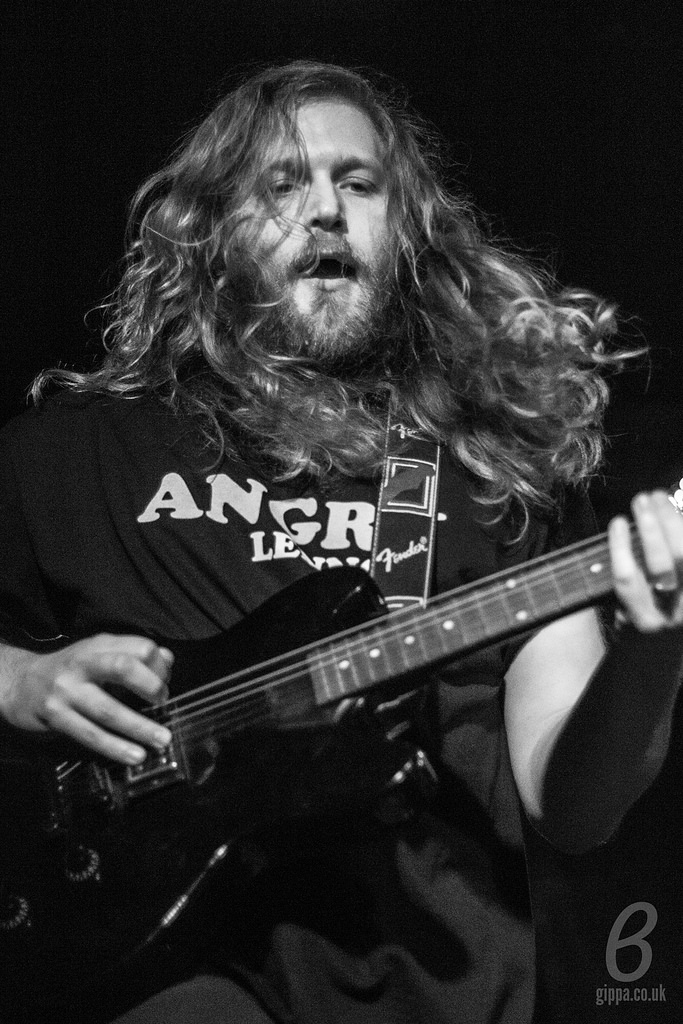 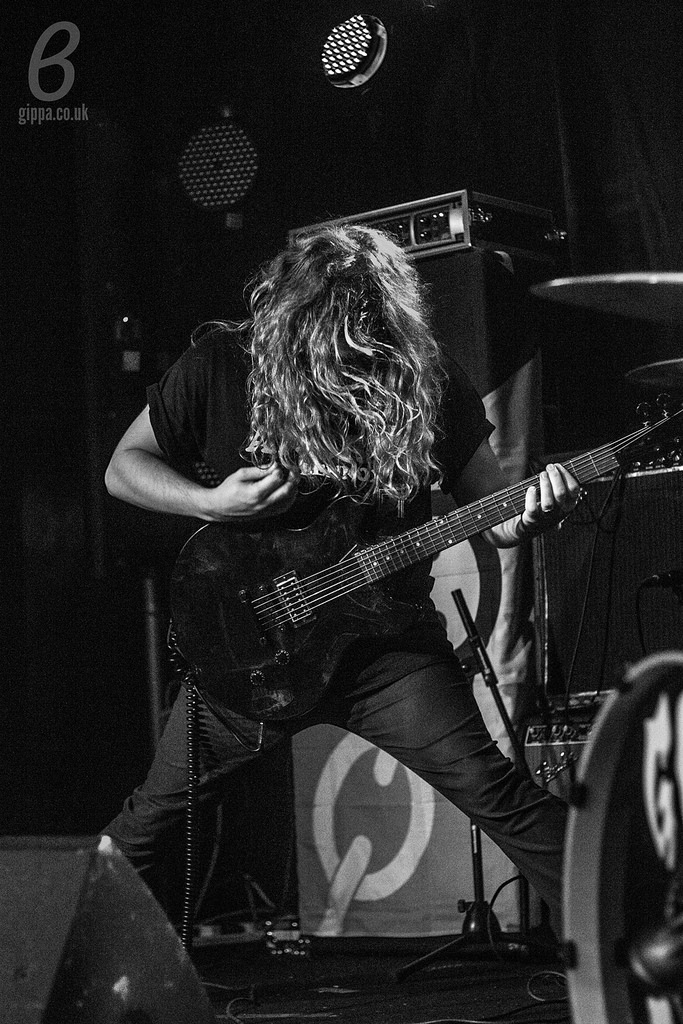 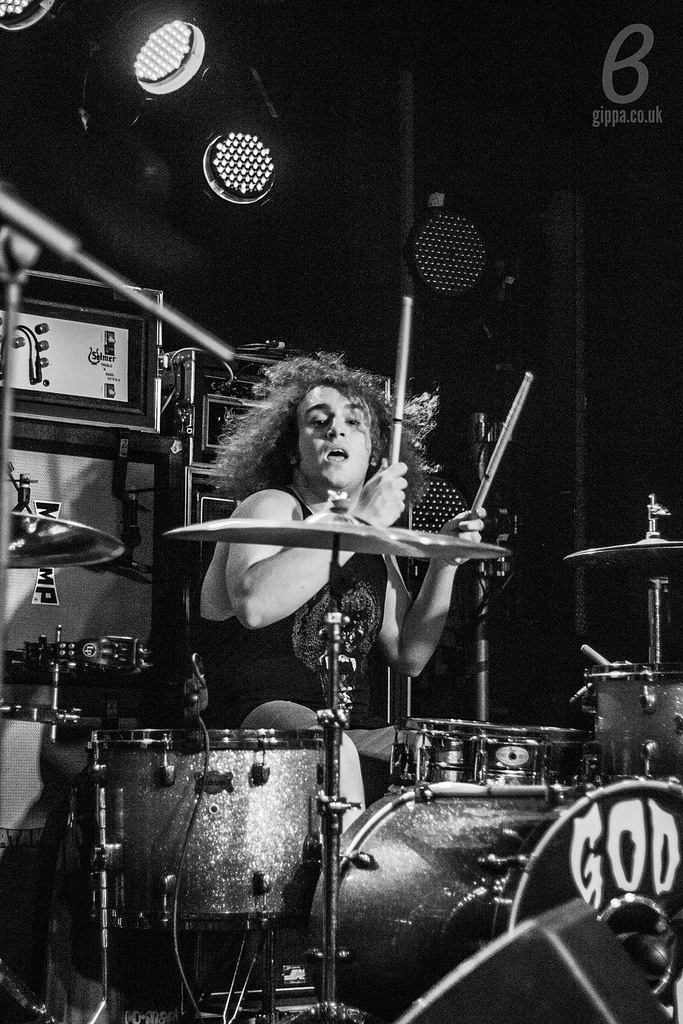 And then: Slaves. Their set-up is pretty distinctive – not least the way frontman Isaac Holman stands at his drums, rockabilly style. However, the true genius of Slaves – and I use that word with careful consideration – is their sheer simplicity. A bare minimum of instrumental fuss enables the blazing personalities of this pair of Maidstone wideboys to take centre stage. There’s as much spoken word and space in what they do as there is nuts-tight and occasionally visceral garage-punk fury. And there was plenty of that – fury. Jools Holland or no, this was a frisky and raucous affair and the punters at the front behaved accordingly, even staging a cockle warming stage invasion or two. Now. There’s nothing fancy about stuff like “Beauty Quest” or “Girl Fight”, though. It’s just a little fellow hammering his four piece drum kit, telling you funny stories about the often surreal things that alternately fascinate or annoy him, while his mate cuts in with perfectly-timed riffs. But the result is solid anti-pop gold. 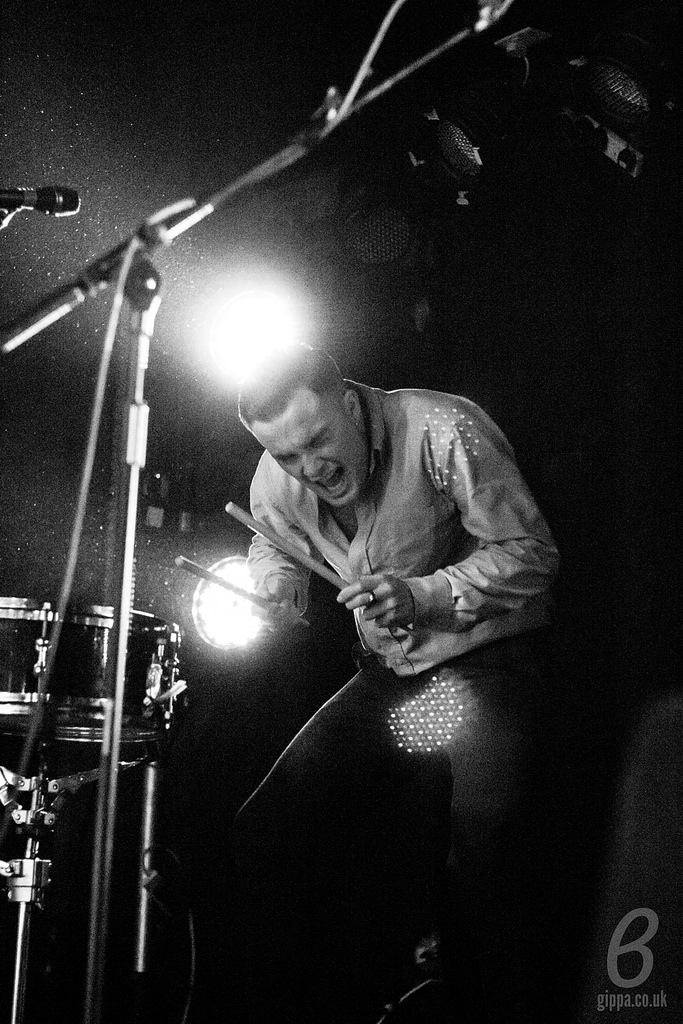 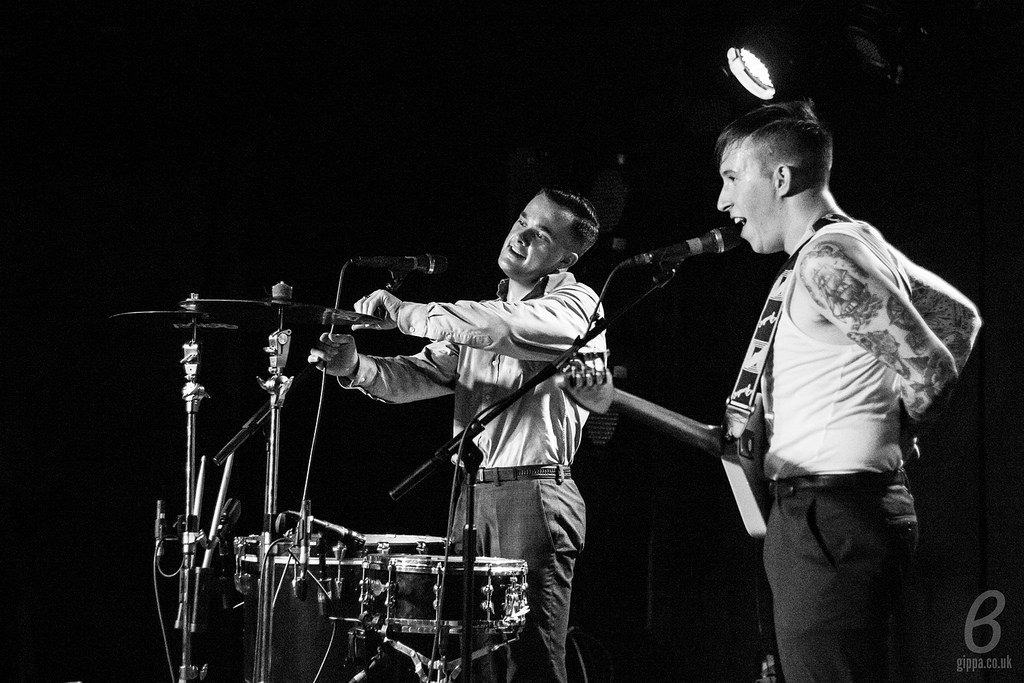 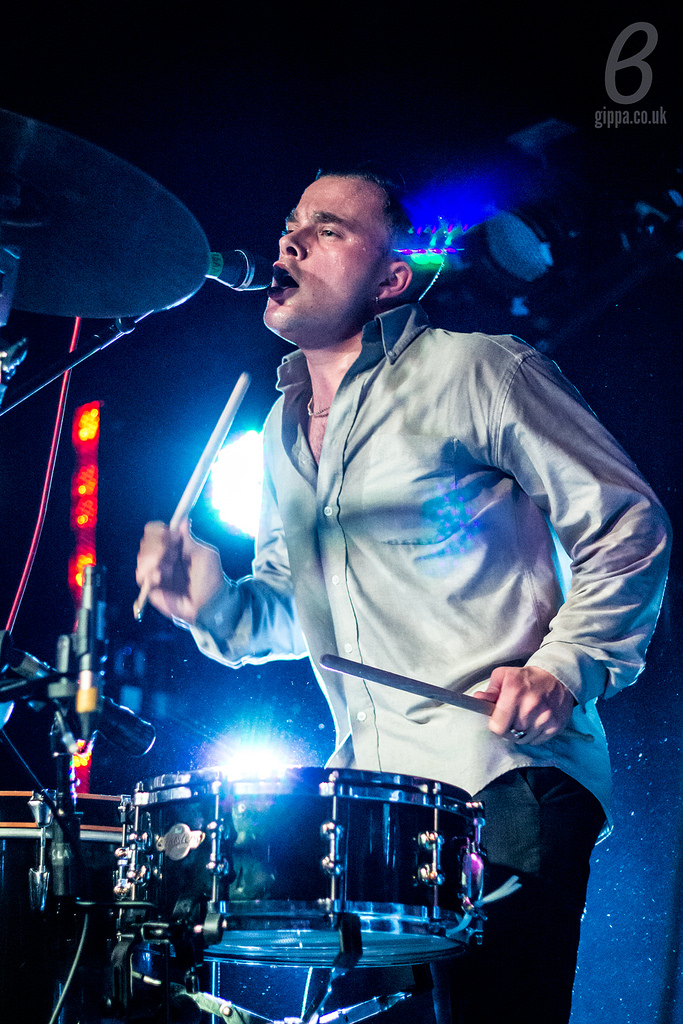 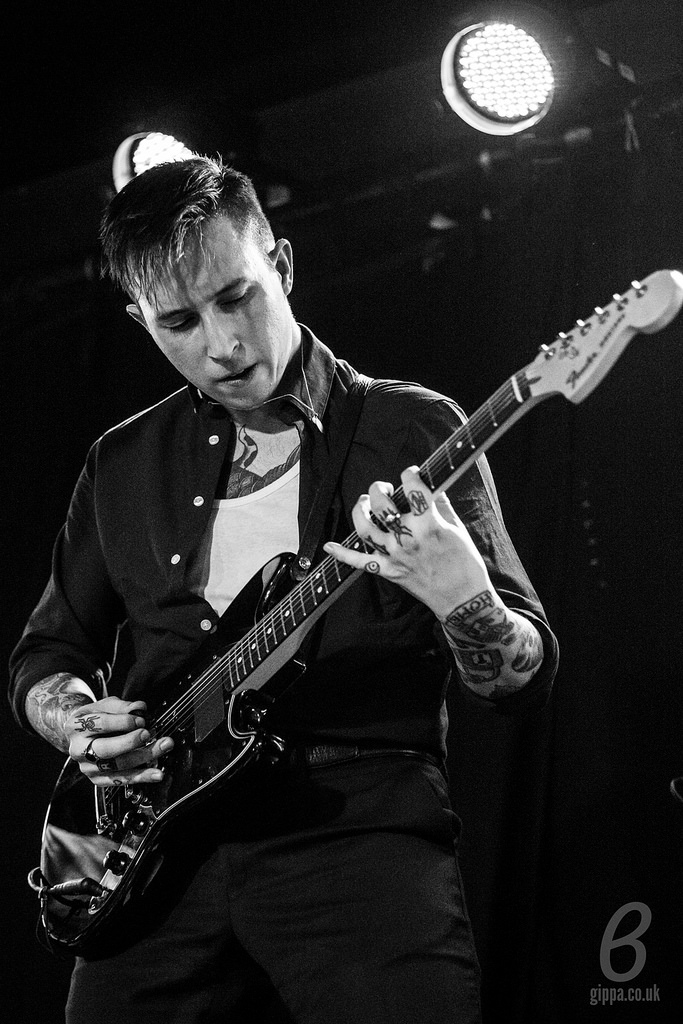 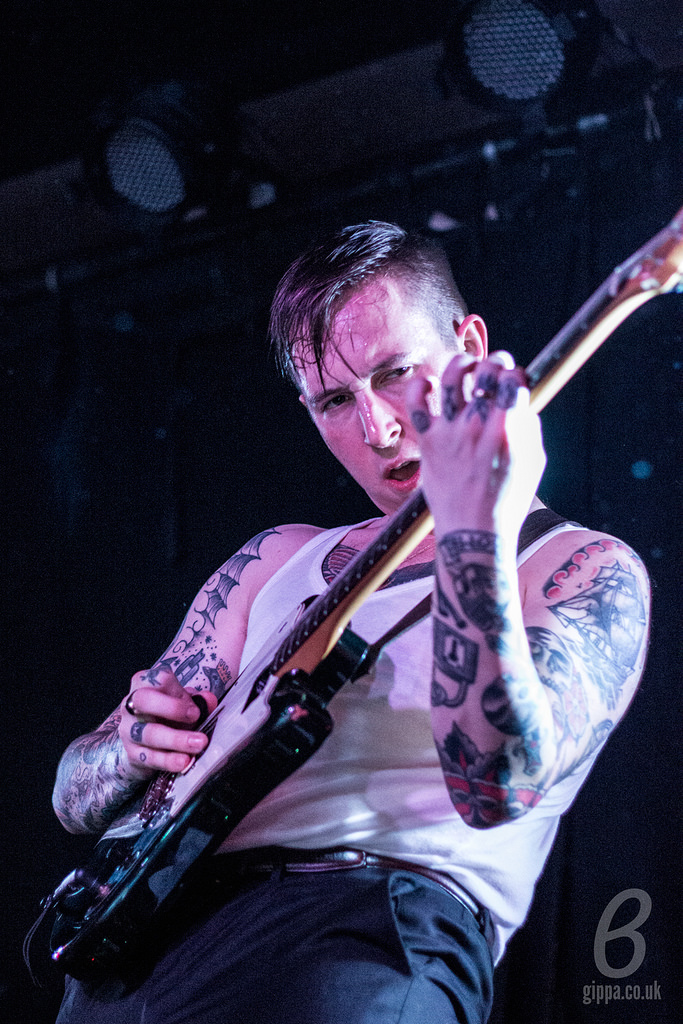 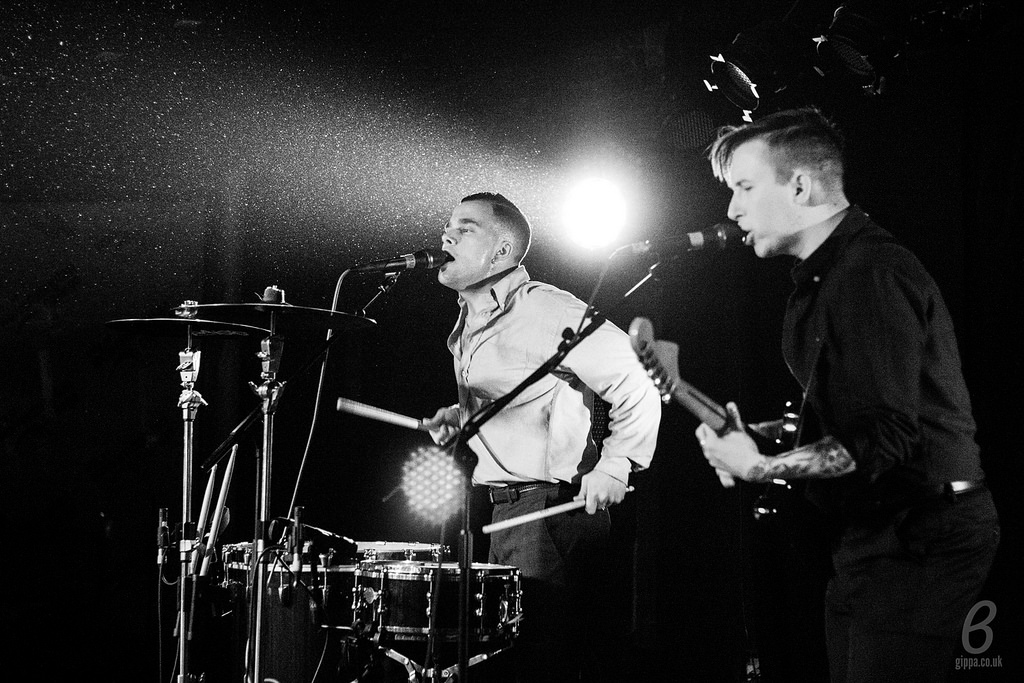 All Images B At Gippa