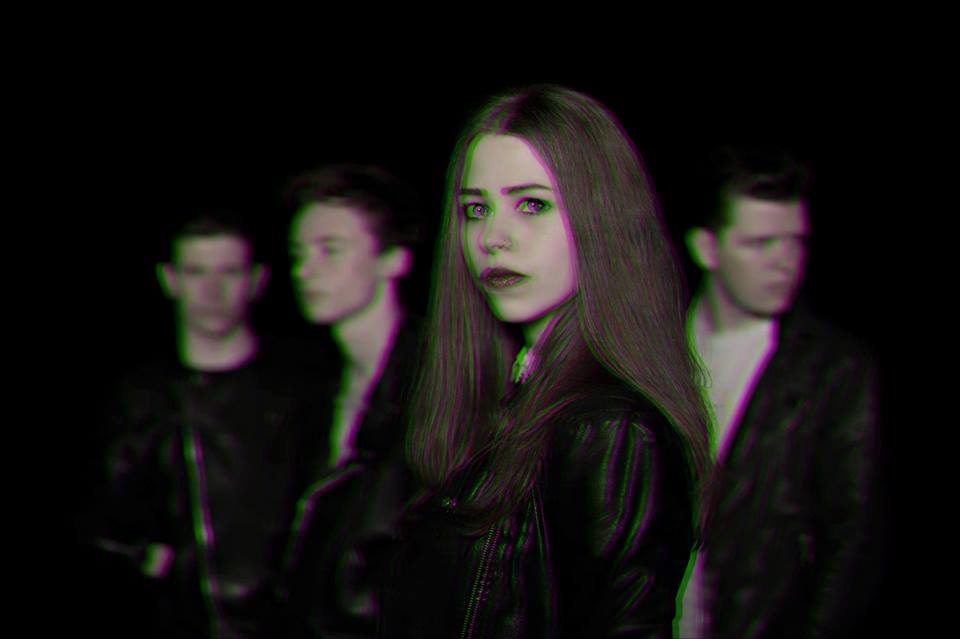 Dec 15th
“SKY VALLEY MISTRESS mean business as they come swaggering out of Blackburn to set hips shaking and pulses racing with a blend of dirty blues and raw rock and roll”. – The Blues Magazine.
After a hugely successful year of touring, including an appearance at last year’s Download Festival and release of their acclaimed debut EP, ‘the best thing you’ve never heard,’ the band are now releasing their new EP, ‘Rivals, Hounds & Rebel Sisters’.
‘Rivals, Hounds & Rebel Sisters’ is a short but direct 3 track EP that is filled with riffs, hooks and more riffs. Combined with vocals that ooze sultry sophistication and a thunderous rhythm section, this is a record from a band that has found their sound and is ready for the world to hear it. Set for release 15th December, the record comes both as a digital download and 6 panel digipak CD that can be pre ordered from their Bandcamp page: https://skyvalleymistress.bandcamp.com/album/rivals-hounds-rebel-sisters
With clear influences from legendary rock and roll bands such as Led Zeppelin and Black Sabbath, the band have applied this classic, mature craftsmanship to their songs with a powerful and assertive edge, giving them a refreshingly familiar sound.
Along with the release of their EP, the band have also released a music video for the lead single, ‘Smoke Fairy’, featuring a masked teenage gang of rebels taking their new member on a journey of initiation, on the back of their pickup truck.
Sky Valley Mistress are heading off on an extensive tour to support their release with many more dates to be added soon.
Sky Valley Mistress are:
Kayley ‘Hell Kitten’ Davies – Vocals
Squire – Guitar
Maxwell Harvey William Newsome III – Drums
Russell ‘Russell’ Russell – Bass
TOUR DATES
November
THU 20 Preston The Ferret
FRI 21 Bury The Flying Shuttle
SAT 22 Preston The Ferret
SAT 29 London Workshop
SUN 30 Burnley Briercliffe Social
December
THU 04 Manchester Thirsty Scholar
SAT  06 Nottingham The Running Horse
SAT 13 Atherton The Spinners Arms
MON 22 Clitheroe The Grand
What the press have to say:
“…Their sound remains defiantly stripped down, fuzzy and dirtier than a ghetto dumpster.”
Rhythm Magazine
“They show their generation the way that rock and roll should be done.”
Filtered Magazine
“Sky Valley Mistress are a cacophony of rock n’ roll excellence.”
Manchester Rocks
“Davies is your archetypal front-woman, alluring, hypnotic and nonchalant, she can even do Alison Mosshart better than Alison Mosshart.”
The Funky Moped
“the best thing you’ve never heard. is the best thing you’re likely to discover in 2013.”
Pop! Blerd
“Sky Valley Mistress are a rare breed and should be celebrated.”
Quenched Music
“They play a visceral mix of White Stripes style blues tinged rock and roll and lead singer Kayley “Hell Kitten” Davies has a voice of soul and power that belies her years.”
The VPME
“With Kayley ‘Hell Kitten’ Davies on the mic, she’s soulful, sultry and absolutely smouldering. Instrumentally, they’ve done the 60s legends of the genre proud as well as indulging in the full flavour of contemporary inspirations such as Band of Skulls and The Dead Weather. If you like getting down ‘n dirty, give this a go.”
Kat Jackman, Huffington Post.
“They play rock n’ roll in its simplest, yet most effective form. Despite only being three of them and no bass, they certainly know how to pull off tunes to fill a field.” Rocksound Transmission.
“Sky Valley Mistress scream rock and roll with their bold sound. Vocalist Kayley “Hell Kitten” Davies has one hell of a powerful voice that nearly breaks the amps. And has a real fuck you attitude too, which compliments their music really well.”
Dead Press.
Contact Information
Facebook: facebook.com/skyvalleymistress
Web: www.skyvalleymistress.com
Bandcamp: skyvalleymistress.bandcamp.com