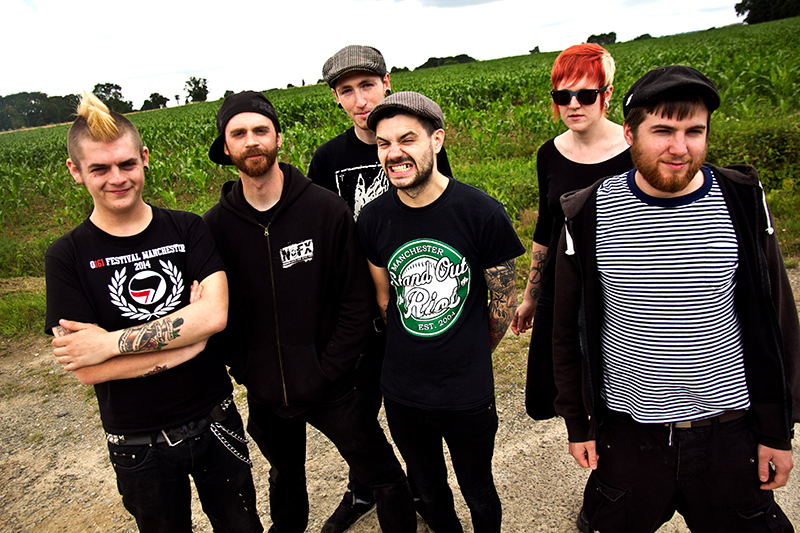 Watch Live Cover of NOFX ‘The Idiots Are Taking Over’

Praise for the new album ‘Out Of Anger’ out now via TNS Records:

Warrington folk-punks Roughneck Riot have just released a live video of their cover of NOFX track ‘The Idiots Are Taking Over’ taken from the US punk legends’ 2003 album ‘The War On Errorism’.

The video will be the first in a new series of live sessions that will see them paying homage to some of their favourite and most influential punk bands in their own inimitable style.

“We did this in our practice room with Super Gaz on camera-holding duties. Enjoy!” explain the band “Thank you to everyone who’s watched, liked and shared our cover of NOFX’s Idiots Are Taking Over already.

Due to the massive response, we’re going to be doing an acoustic cover every month of bands who have inspired us over the years! Keep your eyes and ears peeled. What to do next? Let us know what you want us to cover on Facebook, Twitter etc.

The band have just returned from a lengthy UK & EU headline tour in support of their new album ‘Out Of Anger’ which is out now via legendary Manchester punk zine-turned-record-label, TNS Records – you can purchase it right here.

Recorded at Jaraf House studios in Wigan, the album is testament to their relentless work ethic and has drawn a raft of praise from the press as well as radio support for recent single ‘Parasite’ at Kerrang, Team Rock, Amazing Radio and more. Drawing influence from a host of folk, punk and hardcore bands, Roughneck Riot are intent on doing their bit to highlight the socio-political issues of the 21st Century to a brand new generation of punks.

‘Out of Anger’ is out now on TNS Records.

Roughneck Riot on the internet: