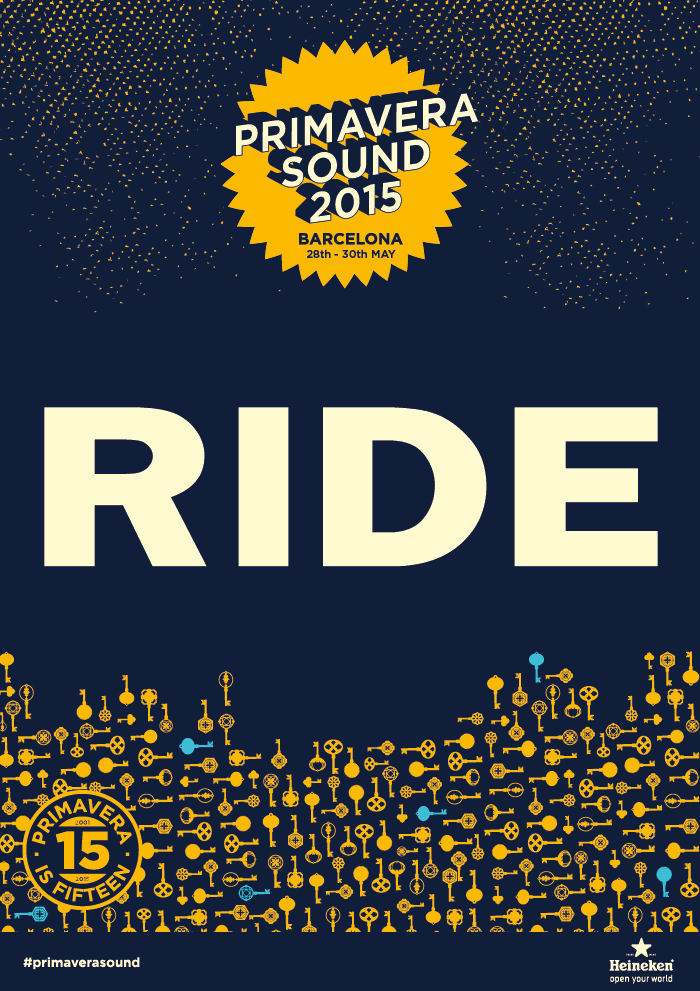 Ride were one of Creation Records’ first global success stories in the 90s: pioneers of the ‘shoegaze’ sound, along with bands such as Slowdive and My Bloody Valentine, and creators of iconic albums that continue to resonate with fans today, such as “Nowhere” and “Going Blank Again”.

The band: Andy Bell, Mark Gardener, Laurence ‘Loz’ Colbert and Steve Queralt started in 1988 and split up in 1996, leaving a legacy of four albums that contain gems such as “Vapour Trail”, “Leave Them All Behind”, “Birdman” and “Twisterella”.

After their separation, the British quartet came together again in 2001 to record a programme for Channel 4. Their concert at Primavera Sound 2015 on 29th May will be the band’s only concert in Spain, a unique opportunity to see and hear the long awaited return of Ride.