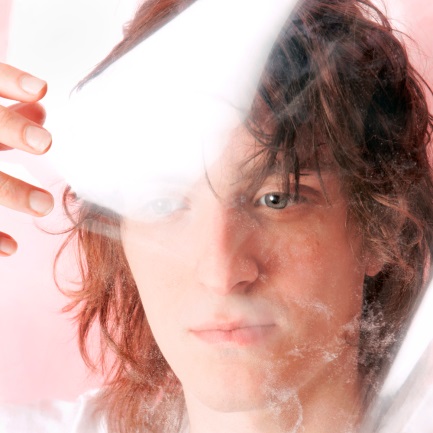 In the words of SPIN, “SOFT segues back and forth through the American underground, channelling the garage-rock sludge of Ty Segall and resurrecting the melodic charms of R.E.M.” With a hint of Big Star, SOFT never stops moving bounding from one song to the next, marrying the fast-and-loose ethos of punk underlords like Mac Demarco and the sweet melodies of Unknown Mortal Orchestra has allowed Rathborne to storm the US underground over the past year. The record’s first single, “Last Forgiven” just snagged a debut on BBC Radio 1 with Zane Lowe calling Rathborne his, “Next Hype Artist” and heaping praise on the upcoming release.

At times bouncy-Ramones, with splashes of Dylan, Pavement, The Strokes and Lou Reed, SOFT feels concise and poppy, with plenty of darkness lying under the surface, like some of the early work of Nick Lowe.

“It’s a record that charts the course of a relationship,” Rathborne explains. “I felt like love had imploded. There was no place for me to be anymore. That’s a strange thing to feel when you’re twenty three. Like everything had gotten out of control. I ran out of money. I ran out of time.”

However, ultimately, “The feeling of the record is incredible energy,” says Rathborne. “Youthfulness, lust – the feeling of breaking out of yourself, unchaining yourself, forcing yourself to be free.” That same spirit of optimism and restlessness also characterizes Rathborne’s career to date. He learned how to play guitar at age 12, when a stranger who was passing through the small town in northern Maine left the instrument at his house, “There was a lot of freewheelin’ types passing through my house when we were kids” he reflects.

Inspired by the DIY spirit of punk rock, he recorded his first album, After Dark, when he was just 16 years old, sneaking into the recording studio of his local college late at night and teaching himself how to use the equipment. Rathborne relocated to New York when he was 18, where he connected with famed Tin Pan Alley producer Joey Levine. From there, Rathborne began steadily honing his skills, booking himself a weeklong UK tour, netting a slot opening for The Strokes at SXSW and recording the EP I Can Be One/Dog Years, which earned him an appearance on BBC 6 Music.

“So Long NYC,” is speed-racing Guided By Voices-style glory flipping the mythologizing associated with New York upside down. “It’s like the antithesis of a Frank Sinatra song,” he says. “There was a point for about a year where I was crashing between peoples’ apartments. I would work in a bar near Union Square and walk around the streets after it was dark. Wandering through New York City late at night when everyone else was asleep, it made me feel like I had stumbled onto something secret.”

That contradictory impulse – romanticism and cynicism, energy and exhaustion, is what powers SOFT, and what dusts its cotton candy melodies with a fine layer of grit. “As you get older, the feeling of being drawn between something grows and for me it becomes music,” The results are as infectious as they are complex. “Hopefully, there’s something hidden in it for everyone.”

First single out December 15th is Last Forgiven and get ready to get SOFT on February 16th through True Believer.

“Rathborne is exploding at the seams with creative energy” – Bullett

“I love this young dude… After hearing’ his album, I proposed to him and asked him to play a show with us in Philly.” —Devendra Banhart