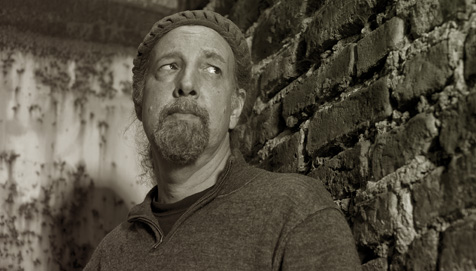 SIR RICHARD BISHOP IS BACK WITH A NEW ALBUM, INCOMING ON DRAG CITY IN FEBRUARY 2015
RELEASE DATE: 16/02/2015
Sir Richard Bishop returns with a brand new album, entitled Tangier Sessions, which Drag City are releasing on 16th February 2015.
Tangier Sessions tells the oft-told tale: while traveling abroad, nobleman meets guitar. Guitar is too expensive for nobleman and, outraged, he departs. Nobleman quietly returns several days later for guitar but still can’t bring himself to pay the price. Yet nobleman can’t get guitar out of mind (he’s never heard anything like it) – so nobleman buys guitar, then travels the world with it, enchanted, and makes an album while in Tangier.
The slightly expanded version of the story goes like this…on the lookout for something playable – yet portable – last year while living in Geneva, Sir Richard Bishop stumbled into an obscure luthier’s shop in a shadowy lane off the high road. He was unable to find what he was looking for, but as he was leaving, the old shopkeep reached behind an ancient, dusty cabin and produced a model identified only by a tiny sticker inside– “C. Bruno” it read. With no other recognisable attributions, it was clearly an old piece– likely made in the mad, final days of the 19th century. And as for the sound, just to touch it was to hear an instrument of unusual depth, and the experience of playing it was equally exquisite. Sir Richard Bishop describes the experience in his own words as follows…“there was something about it, something I couldn’t quite determine. The guitar had a strange energy, making me wonder about it’s provenance. The sound was amazing. I couldn’t put it down”.  But the price forced Sir Rick to put it down and walk out, empty-handed. A couple days later, he was back, to play it again… and back again a couple days after that, his wallet stuffed fat with Swiss Francs. It was as if he’d been enchanted…or cursed.
Later in the summer, in the company of said guitar, Bishop holed up for a week in a rooftop apartment in Tangier, Morocco. He spent his time feverishly playing; at night, the pieces on this record were improvised and recorded.
Alluring from its opening moments, Tangier Sessions unfolds and elongates, chills out and cuts loose in familiar, yet newly unique ways for Sir Richard Bishop. Arriving in the moment that was imagined for them, the songs stretch out, finding themselves in vast, open spaces. Once there, Sir Richard relaxes, yet remains totally focused and present. Meanwhile, the listener is enlightened by the expressiveness and tonality that the guitar and he are capable of, symbiotically, in real time. Tangier Sessions is a singular listening experience, even in the crowded realm of solo acoustic guitar albums. Nobody plays the guitar quite like Sir Richard Bishop – and on Tangier Sessions, he’s found a guitar that nobody but him plays, either.
TRACK LISTING:
1. Frontier
2. Bound In Morocco
3. Safe House
4. Hadija
5. Mirage
6. International Zone
7. Let It Come Down