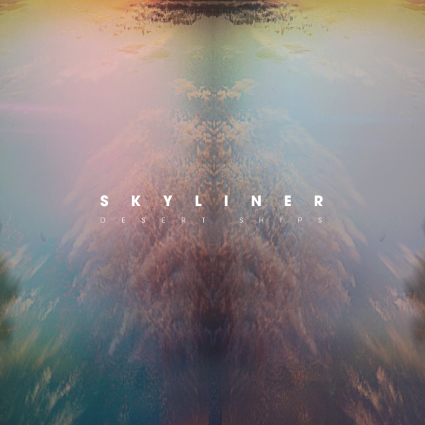 Directed by Julian Hand, an experimental filmmaker and light show artist who’s recently worked with TOY and The Oscillation, Skyliner is based on a true story of a fatal plane crash.  It’s sung from the perspective of one of the passengers, and how they quickly they come to terms with what is about to transpire, embracing their fate. The track is heavily cinematic; a haunting guitar loop and hypnotic groove allow the dream-like melodies to weave in and among each other, all the while propelling the listener along unwittingly to a massive crescendo and ending.

The London based trip-tonic three-piece describe their sound as heavily cinematic.  lead vocalist Mikey explains how their songwriting process works:

“The majority of the songs start from loops or scratch demos I make which are then played to Daniel and Claude. We go through an old school process of playing them over and over until the groove and beats sit just right. Afterwards we work diligently tweaking top lines and hooks. The lyrics can either come fully formed with the demo or I finish them off as we arrange the song. Some tracks will never work live but are perfect for an album.  I don’t mean filler. some are better listened to driving in the middle of the night, others should be heard live and loud in a club with your friends. We have a huge amount of songs that are to be recorded.”

Comparisons have been drawn with the likes of Brian Jonestown Massacre, The Flaming Lips, Tame Impala, and at times even the rousing film scores of John Barry.  Mikey describes the band’s music as “a reverb drenched apocalyptic experience”.

Have played numerous festivals since the release of ‘Doll Skin Flag’, and toured with the likes of The Prodigy, Band of Skulls, Babyshambles and The Rifles, Desert Ships have had radio airplay from XFM’s John Kennedy, BBC 6 Music’s Steve Lamacq and BBC Radio London Calling’s Gary Crowley.  They consistently receive radio play on local stations in the UK, US, Europe and South America.

The Skyliner EP was also produced by Ride’s Mark Gardener.  Written last year, it covers themes of mortality and escape through tales of heart surgery, plane crashes, bombings, and the motorway doldrums. Some of the lyrics were finished off on a night train from Hanoi to Saigon, before Mikey flew back to London to go straight to the studio and record.  “I was listening to Steve Reich’s ‘Music For 18 Musicians’ a lot during this period. I still do now. I think it’s one of the most incredible pieces of music I’ve ever heard. Somebody recently called us a dream wave trio and I thought that was pretty apt”